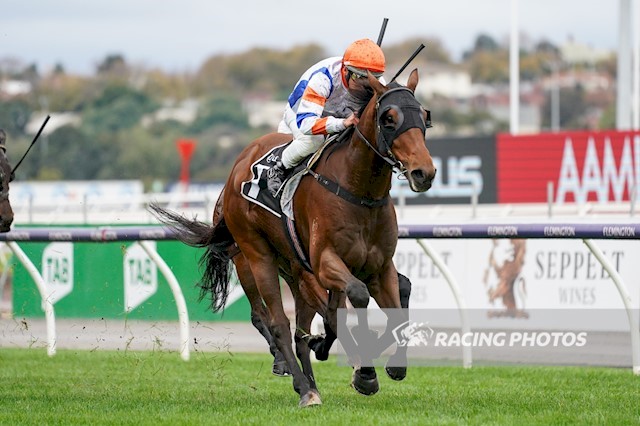 It is said weight can stop a train, but apparently not the Tony & Calvin McEvoy-trained Game Keeper which notched its fourth win in a row at Flemington on Saturday, May 23.

Carrying the steadier of 62kg on a heavy track, Game Keeper, ridden by Damien Oliver, scored a neck win in the Efficient Handicap (2000m) from Blue Ocean ($17) with November Dreaming ($4.20), three-quarters of a length away third.

He started his winning streak in Benchmark 64 and 66 races before winning the Listed Adelaide Guineas and now stepping up to a Melbourne city win.

“It was a very brave performance,” Shepherdson said.

“Ollie (Damien Oliver) kept him in a position where he could just build his momentum.

“He couldn’t have been more impressive.

“It shows a bit of class when they can continue to step up in grade carrying big weights.

“Tony and Calvin have always really liked him.

“He was a nice two-year-old and we tried him in a Blue Diamond, but he had the ultimate gear change and he’s really turned his form around.

“He has developed and matured this preparation.

“He has done a real good job this prep.”