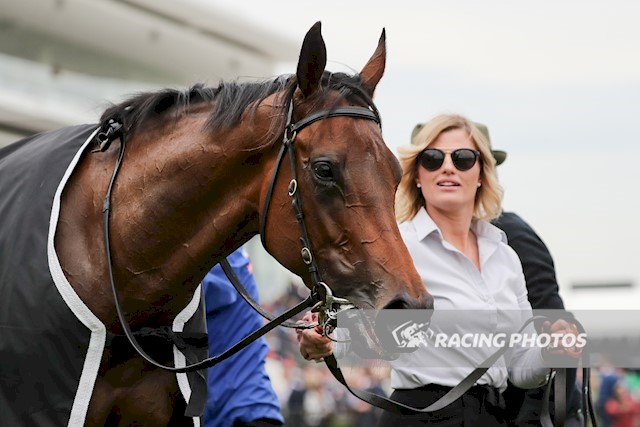 With a win in the Magic Millions as a two-year-old, then Group One victories in the Coolmore Stud Stakes, Newmarket and William Reid Stakes as a three-year-old, Sunlight had already built a compendium of racetrack success which would ensure her name was inked in history.

Her courage was unquestioned, but trainers Tony and Calvin McEvoy knew she was ready to add another chapter.

They took the four-year-old mare out of her “comfort zone” and selected the inaugural $7.5 million Golden Eagle (1500m) at Rosehill Gardens on Saturday, November 2 as a target.

From her 20 race starts, Sunlight had won races from 900 metres to 1200 metres but had never been asked to go further, and the Golden Eagle would be a field made up of the best thoroughbreds from around the world.

The daughter of Zoustar’s chances were hurt at barrier draw when she was asked to come from gate 15 in the field of 16 but Sunlight thrives on being challenged.

Punters thought Sunlight’s chances were poor – stepping up to a distance she had never competed at and having to come from a poor draw – and she went to the gates a $26 chance.

Jockey Luke Currie, who has partnered the mare in most of her races, had her away well but instead of using her speed and push for the lead, allowed her to work across as those inside came through to occupy forward positions.

Once the “heat” went out of the battle for the front, Currie let Sunlight stride forward and assume control, then produced a tactical ride which would help give the mare every chance for victory.

Currie backed off the tempo slightly allowing Sunlight to be comfortable in her quest to run 1500 metres.

Rivals jockeys admitted post-race the lack of tempo caused issues back in the field, but none was prepared to go on the attack to lift the speed for fear of hurting their horse’s chances in the dash for the cash.

Currie’s rating looked to have worked as Sunlight led for home then sprinted up as she has done in the shorter races and her rivals couldn’t catch her.

Sunlight led until the shadows of the post when Group One Epsom Handicap winner Kolding, after a soft run, appeared from the chasing pack and on the line grabbed the mare to win by a long neck. The third placegetter Mizzy was still 1-1/4 lengths behind the McEvoy-trained mare.

Currie and Sunlight had combined for a magnificent run.

Sunlight’s strapper Sarah Rutten said she could not have been prouder of her mate.

“She ran her heart out, and for me, it was like a win,” Rutten said.

“She ate her bin out on Saturday night which was a sign she had given her all. Normally after a race she leaves a little bit of food but last night it all went.

“I actually was the most relaxed I have been before the Golden Eagle.

“Normally I am a bit nervous but yesterday there was no real pressure. I knew she would give her best but at 1500 metres for the first time was such an unknown.

“I still had my pre-race beer. It was a tradition I started when first travelling with her to the Gold Coast as a two-year-old.

“Before her first race there I was so nervous and some of trainer Tony Gollan’s staff said to have a beer, so I did. She won and I have kept up the tradition.”

Rutten said she dared to dream of a win at 200 metre mark of the Golden Eagle when Sunlight was in front and the rest of the field was chasing.

“She gave her all, but the winner had had a soft run and was too good on the line, but I was still very proud.”

The mare is an avid plane watcher and always looks up when one flies overhead.

For quiet time, she is happy to put her head under a hale bale and loves nothing more than Sarah scratching her ears.

“Even in the mounting yard she is quite calm.”

The partnership of Sunlight and her strapper are booked to return to Melbourne on Tuesday.

Co-trainer Calvin McEvoy could not speak highly enough about Sunlight.

“We are very proud of her.

“It was quite emotional watching her run so well.

“She had her doubters after the Everest but Dad (Tony) never lost confidence and neither did Luke (Currie) or the team.

“She put up an amazing performance from that wide gate.

“Sunlight was in front a long way from home and might have got pressured a bit just before the bend.

“We learnt that she does run a strong 1500 and it put the doubters to sleep.

“It was just tremendous and I’m really happy.

“She tried her guts out.”

Sunlight’s legend stands at 21 starts for 11 wins, two seconds and five thirds for a staggering $6,555,950 in stakemoney.

She was chosen by McEvoy Mitchell at the 2017 Gold Coast Magic Millions Sales and knocked down for $300,000.