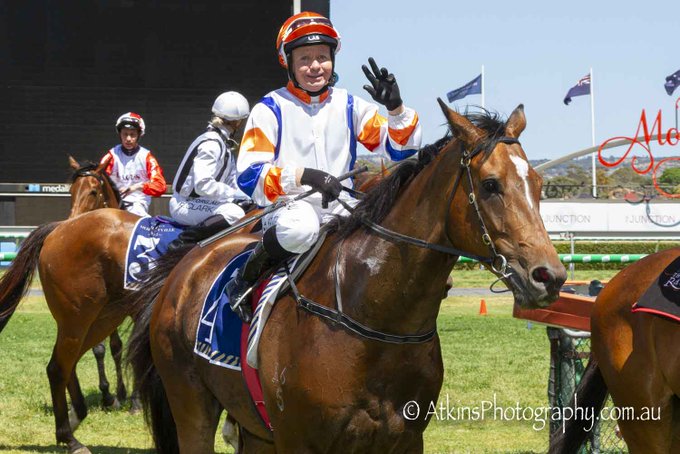 Blaze is no secret

The talent of trainers Tony and Calvin McEvoy was to the fore when Secret Blaze won at Morphettville on Saturday, November 2.

The four-year-old resumed from a spell at Geelong on September 15 and didn’t race again until competing today in the Goliath Solar and Electrical Benchmark 85 Handicap (1600m) – a break of six weeks.

The gelding showed good staying promise last preparation and ran a game fifth in the South Australian Derby and on today’s win looks ready for another excellent campaign.

South Australian stable foreman John Cornell said it had been an outstanding effort by Secret Blaze.

“It’s a good effort to win at 1600 metres with six weeks between runs.

“He ran well in the SA Derby and we’ve always had a pretty good opinion of this horse as a stayer.

“Once he got clear air and started to the finish the race off, I knew he would be hard to beat.

“He’s a good stayer and at the 1600m because he had done the work, I thought he would win.

“He actually won at Sandown in Melbourne as a two-year-old but once we got him out in distance he started the show the ability he possesses.”

“He’s had a few breaks between runs,” Vorster said.

“He hasn’t had a solid two or three runs together.

“Tony and Calvin have got him to a place where he was ready to go, and he certainly felt that way today.

“He’s such a big unit but the pace was nice and genuine.

“From his inside draw I was able to follow the leader and he got him at just the right time.

“When the sprint came on he got a little off the bridle.

“But once he got into the straight and into his stride and I switched the whip through to the left he responded and ran a good race.”

Secret Blaze now has four wins and five placings from just 19 starts for stakes of $309,740.