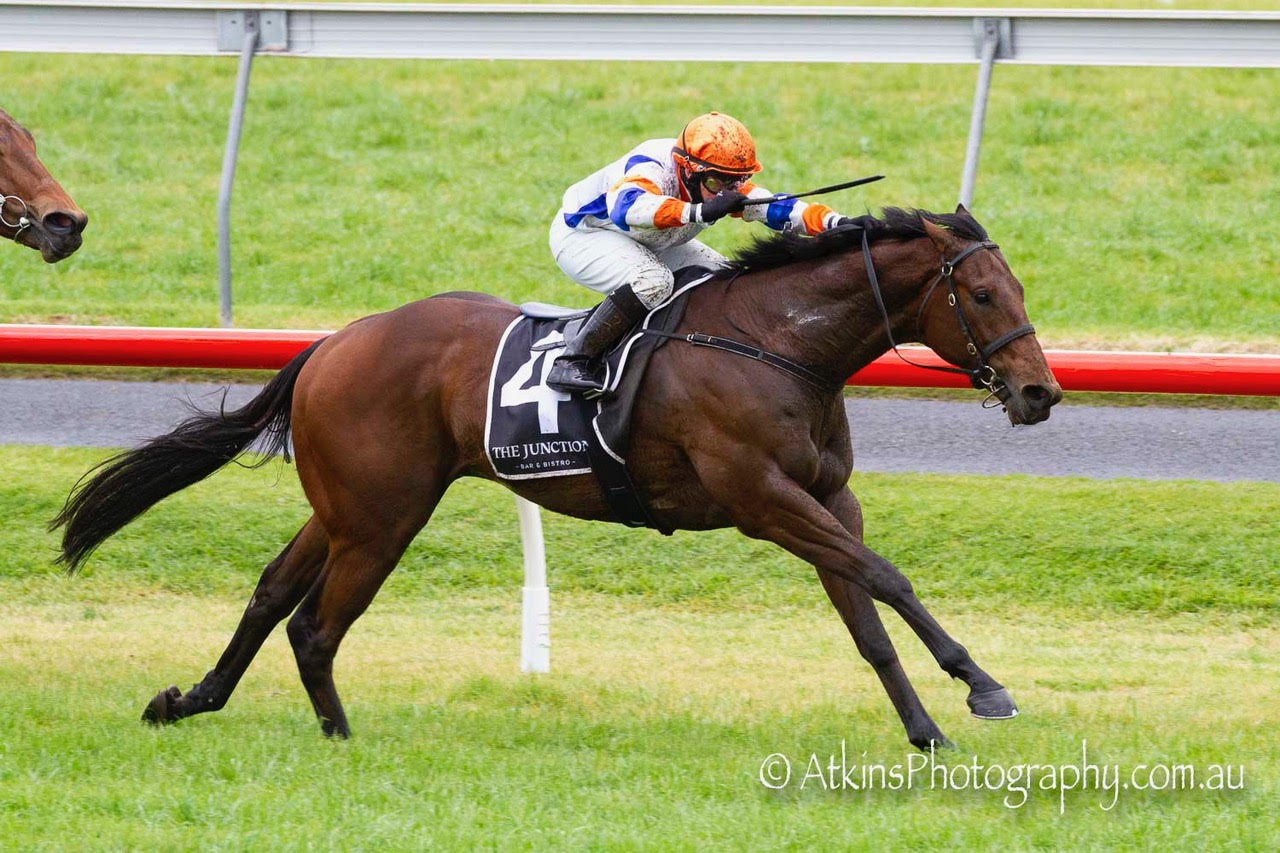 A brilliant ride by Barend Vorster saw promising three-year-old The Brumby bounce back to winning form at Morphettville on Saturday, July 31.

Vorster went around only one horse in winning The Junction Three-Year-Old Benchmark 62 Handicap (1500m) for trainers Tony & Calvin McEvoy.

The Brumby settled near the tail of the field on the rails before improving along the inside approaching the home turn, switching around the leader and dashing to victory.

Trainer Tony McEvoy was relieved the gelding had returned to winning form.

“He has been working really well at home but not quite delivering on race day,” McEvoy said.

“I believe he is a Melbourne Saturday class galloper but looking at his form you wouldn’t think that was the case.

“He has been running okay, but I know he is better and hopefully today is a turning point in his career.

“I have to admit approaching the race I was unsure how he would handle the heavy nine track rating.

“But he ate the mud and won nicely.

“It was a beautiful ride by Barend – he saved ground and produced The Brumby at the right time.”

McEvoy said a better guide to The Brumby’s ability was last year at Sandown.

“Last September, he ran second to Aysar and with a bit of luck could have beaten him.

“The winner went on to run second in the Caulfield Guineas and The Brumby had two unplaced runs in easier company.

“After a break he has been back working well, and perhaps today will see him start to produce his true ability.”

The Brumby’s only other win was over 1200 metres at Murray Bridge in June last year.