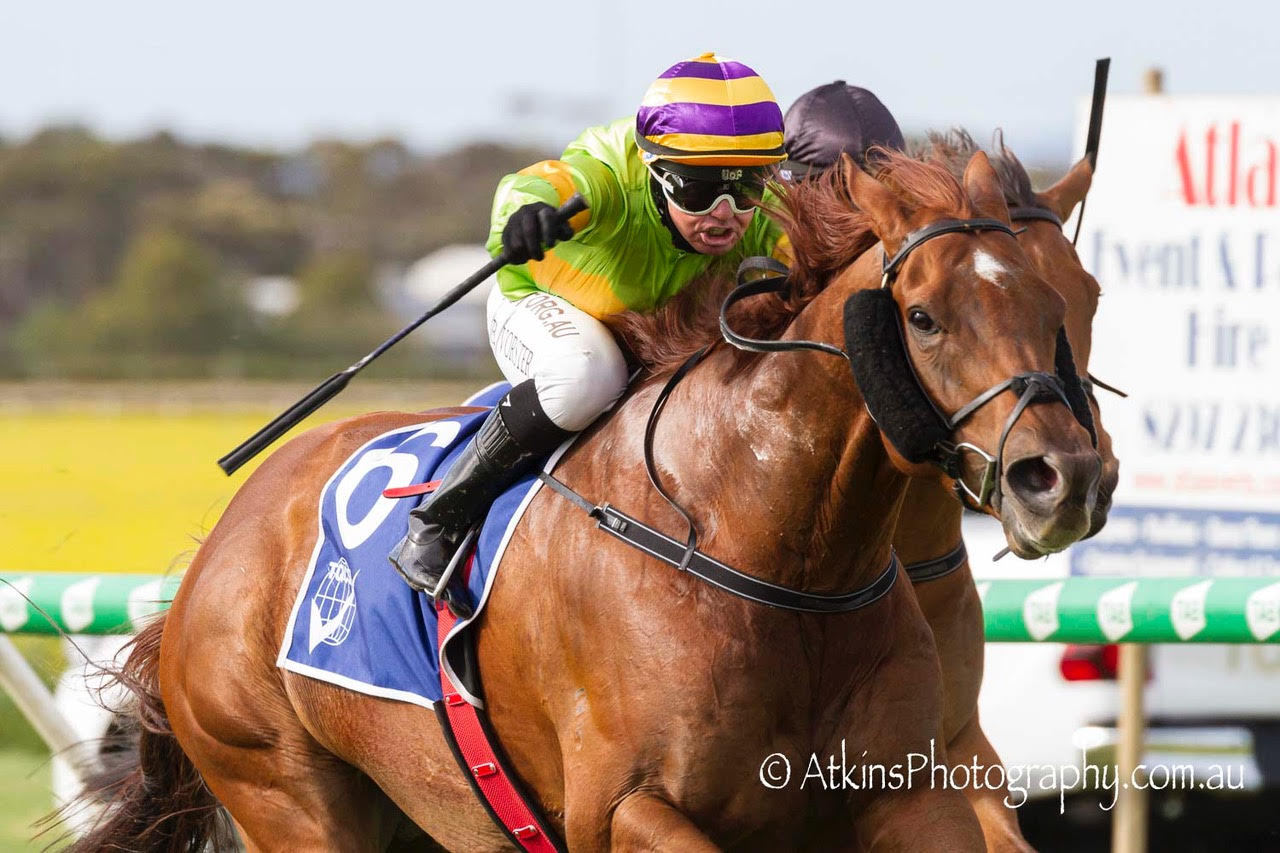 For trainers Tony & Calvin McEvoy it was their third straight success in the race having won with Brown Ben in 2020 before tasting victory with Winning Partner last year.

For senior partner Tony McEvoy, it was his fourth win in the race under the McEvoy Mitchell Racing banner have won with Longshoreman in 2015.

In scoring again this year, Winning Partner became the first horse in the rich history of the Balaklava Cup to win the race twice.

For stable jockey Barend Vorster, he became one of only a few jockeys to have ridden two winners in the feature.

Backed from $7 into $3.20 favourite, the six-year-old gave his supporters a scare when he ‘walked’ out of the starting stalls in the capacity field of 16.

But Vorster was able to grab a spot midfield on settling down before bringing him to the centre of the track as the field straightened for the long run home.

Winning Partner gathered in the leaders and ran strongly through the line to win by 1-3/4 lengths from Second Slip ($4.40) with Classy Joe ($41) two lengths away third.

The victory was the culmination of plan by Tony & Calvin McEvoy.

“When he came back into work this preparation, the plan was always to head to Balaklava for the Cup,” Tony McEvoy said.

“I have been really happy with his form, even though he hasn’t been placed.

“He has never been too far away, and in fact, I believed he was going better this year than he was last year.

“Today’s win proves I was right.

“It was a super win after walking out a length behind the field.

“Barend rode him beautifully, and gee, Winning Partner let down strongly when asked for an effort in the home straight.

“He is a very good handicapper. He had issues as a younger horse but has matured into a talented galloper.”

McEvoy said he would almost certainly follow the same path as last year with the gelding.

Last year, after his Balaklava Cup win, the six-year-old went to Murray Bridge and took out their Cup.

The $107,250 Carlton Draught Murray Bridge Gold Cup (1600m) will be run on Friday, October 15 and that is likely Winning Partner’s next run.

Winning jockey Barend Vorster was thrilled to have won the Cup for a second time.

“This race means a lot to the stable,” Vorster said.

“He is one of my favourites, most definitely.

“You get these type of horses in the yard that you really click with, and get along with, and he always does his best.

“He gives me a few heart palpitations coming out of the gates.

“He sort of walks out and thinks about it first.

“I was lucky enough to work my way into a beautiful position.

“It was just a matter of waiting and turning for home I got him out into some clear space.

“He indicated to me through the 800 (metres) he really wanted to stride.

“The moment I let him loose he just really quickened away, and it was a really strong performance by him.

“I’m thankful to Tony and the team for putting the trust in me to ride these horses.

“Well done to Tony and the team both here in Angaston and across at Ballarat.”