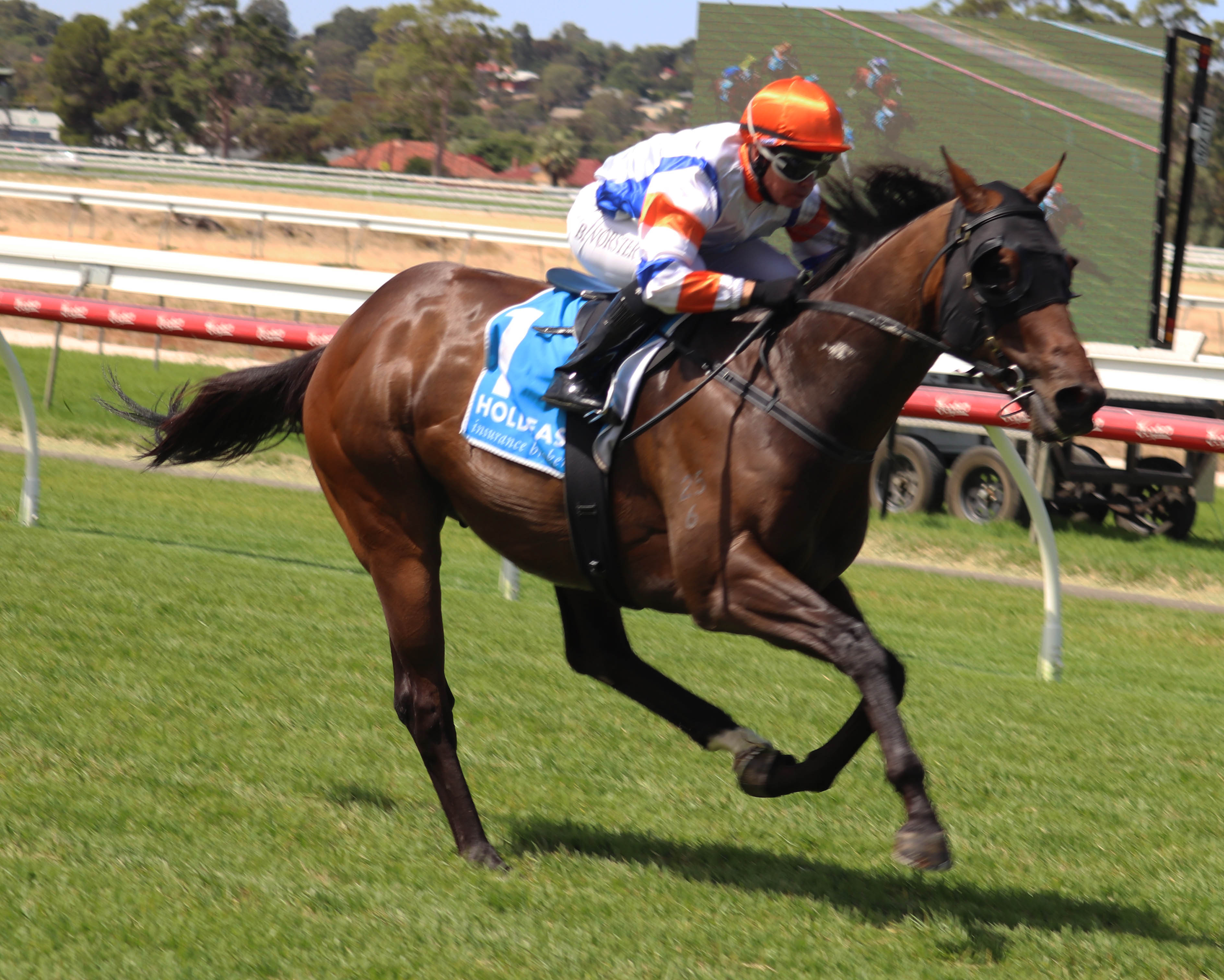 Back on right route

Late maturing four-year-old Siberian Route was back to winning form at Gawler on Wednesday, February 3.

Trained by Tony & Calvin McEvoy, Siberian Route was very impressive on debut at Strathalbyn on December 16 scoring by more than five lengths.

But at his second start, the gelding was inexperienced behind runners at Murray Bridge on January 9 and dropped out to finish near last.

The trainers decided to freshen him up, add a set of blinkers and picked out a 1200 metre race scheduled for Balaklava today, but after acceptances, the meeting had to be transferred to Gawler.

Jockey Barend Vorster made good use of gate one on Siberian Route and settled in front and rated the gelding perfectly in the TQCSI Class Two Handicap (1200m).

The four-year-old, backed from $2.05 to run the $1.85 favourite, dashed away in the home straight to score by two lengths from Glory Game ($5) with Centre Scoota ($8.50), three-quarters of a length away third.

Trainer Tony McEvoy said Siberian Route was now ready for a step up to city company.

“That was the horse we have seen in trackwork,” McEvoy said.

“He has just been a slow maturing galloper who has shown potential but taken a long time to get to the races.

“He has had all the growing pains, joints, shin soreness – all little setbacks.

“We were never going to give up because he showed us ability – as he showed with his win at Strathalbyn, and again today.

“It was an easy watch today and now we will look for a suitable race in town.”

McEvoy said he felt Siberian Route would eventually be suited in events up to 1600 metres.

Winning jockey Barend Vorster agreed the son of Hinchinbrook was a promising galloper.

“From the gate today I wanted to lead, and he was good enough to do it,” Vorster said.

“I had walked the track and felt in the home straight the best going was a bit off the inside so when we straightened I angled him out towards the centre.

“He let down beautifully and won impressively.

“He had no luck at Murray Bridge, and I was confident he could return to form.”