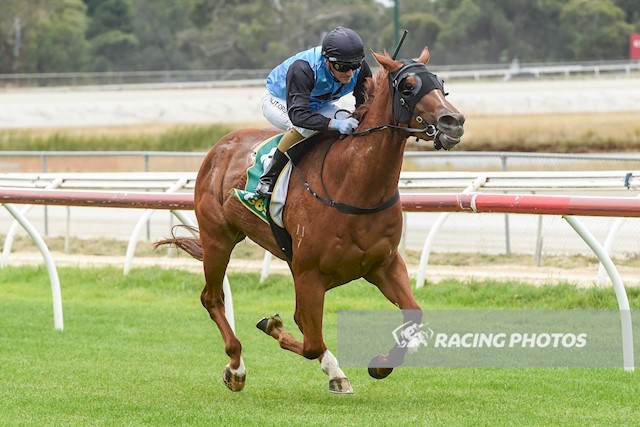 It might not have been an AFL premiership, but a group of 10 Sydney Swans players and their families were ecstatic over the win of the Tony & Calvin McEvoy-trained Champs D’Or at Kilmore on Thursday, February 4.

“Jack said there were share available in a filly by Deep Field and after we watched a video, everyone was happy to jump in,” Papley said.

Apart from Papley, other members in the syndicate are Phil and Ryan Clarke, Will Hayward, Harry Cunningham, Phil and Rob Stephens, Justin McInerney, Tim Colliss and Nick Blakey.

A group of the players got together on Thursday to watch Champs D’Or run at Kilmore.

Backed from $4.40 into $2.70 favourite, Champs D’Or jumped beautifully and was able to lead throughout in the bet365 Three-Year-Old Fillies Maiden (1212m).

Ridden by Luke Currie, the filly cruised home 2-1/4 lengths clear of Glamzelle ($5) with Little Miss Gutsaa ($11), a neck away third.

“There were a few happy syndicate members,” Papley said.

“Tim (Colliss) and Paul (Clarke) have had shares in other horses but today was their first winner, and it was also the first winner for the rest of the group.

“We are in pre-season so celebrations might have to wait until the weekend, but everyone is buzzing.”

Papley said he was in disbelief over his friend Jack Cripps’ race day actions.

“A few of the other owners were going to the races and Jack thought he would head along to enjoy the filly’s run.

“When he got to the track, he was amazed to find no people, and even worse, no horses.

“Poor old Jack had gone to Kyneton, not Kilmore. He’s going to cop some grief.”

“Her coat still isn’t completely through so I’m sure there is still improvement,” McEvoy said.

“She was still a bit new on debut when third at Wangaratta and I think the winner is a nice horse.

“We put the blinkers on, and she has been a lot better.

“Hopefully, we can teach her to settle and that will further help her on race day.”

Champs D’Or’s winning time of 1.11.54 was a bit quicker than the average for the trip at Kilmore indicating the filly can measure up in tougher company.