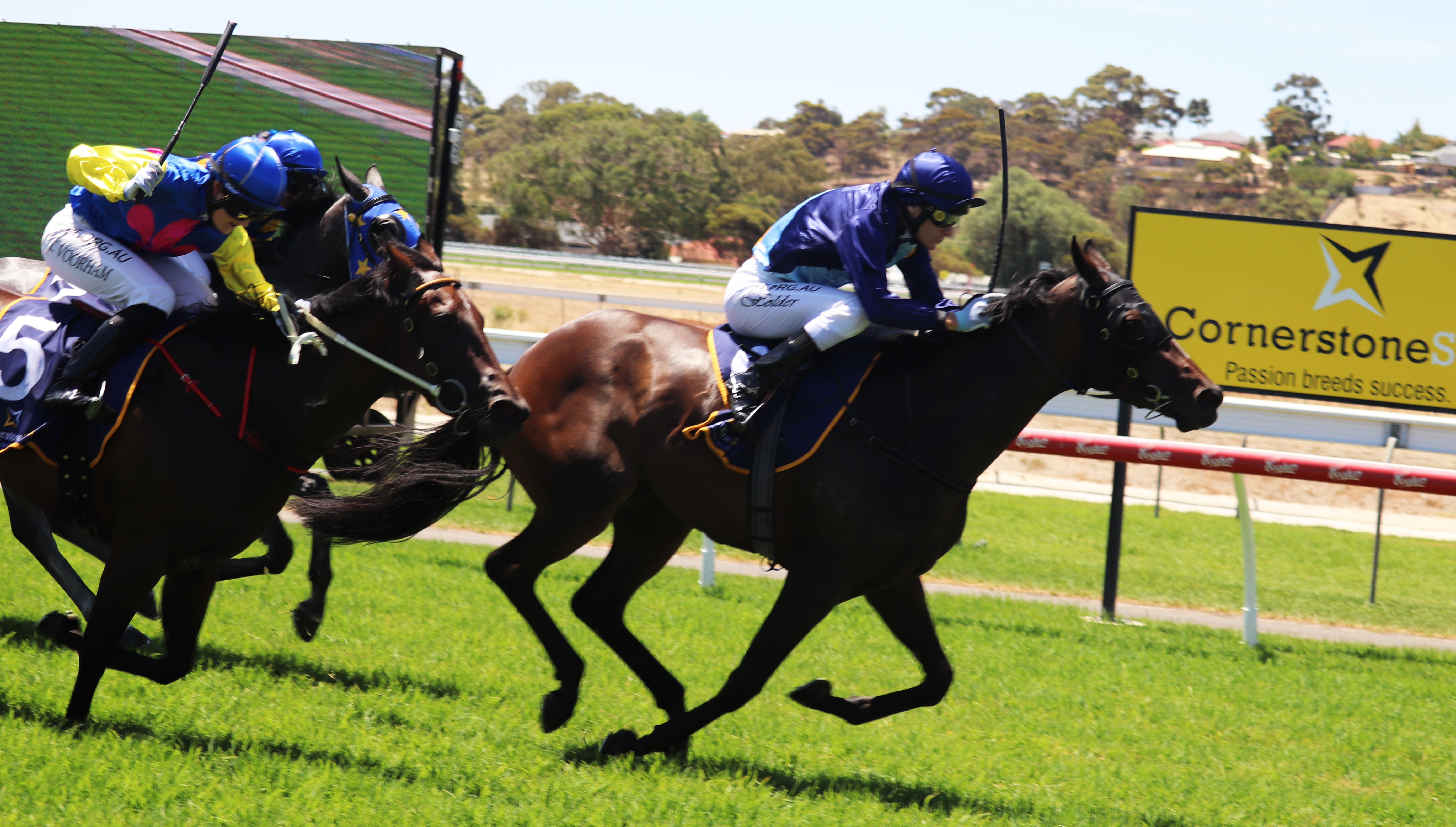 Holder had the daughter of Charge Forward, trained by Tony & Calvin McEvoy, away well from gate two and was able to settle her down one-out, one-back.

He asked her to improve rounding the home turn and the three placegetters drew clear but Assuming was too strong holding her rivals over the final stages.

Trainer Calvin McEvoy, on his way home after a yearling buying trip at the New Zealand sales, said he was delighted to train a winner for owners Sheamus Mills Bloodstock and Newton Thoroughbred Racing, managed by Heath Newton.

“It was a good effort by the filly,” McEvoy said.

“Jason rode her beautifully. We wanted to get off the fence and he got her into a beautiful position.

“Well done to the owners who are supporting the stable.

“She has been showing us a bit on the track but hasn’t been producing on race days.

“She knuckled down today and toughed it out.

“I think she will be even better when she gets out to 1400 metres.

“Sheamus (Mills) sent her down last year and she works really well. She is a lovely filly and has a nice action.

“A change of scenery bringing her from Melbourne to Angaston has worked and she was well placed today.

“Hopefully she can step up now and get a town win.”

Winning jockey Jason Holder said he had been able to find a lovely spot on Assuming.

“It was where I wanted to be without doing any work, it was good,” Holder said.

“She travelled well and when I presented, I thought let’s put these away quick.

“But she waited for them and gave me a few anxious moments.

“The good thing was she responded when I asked her.

“The placegetters challenged but she was able to hold them off.”