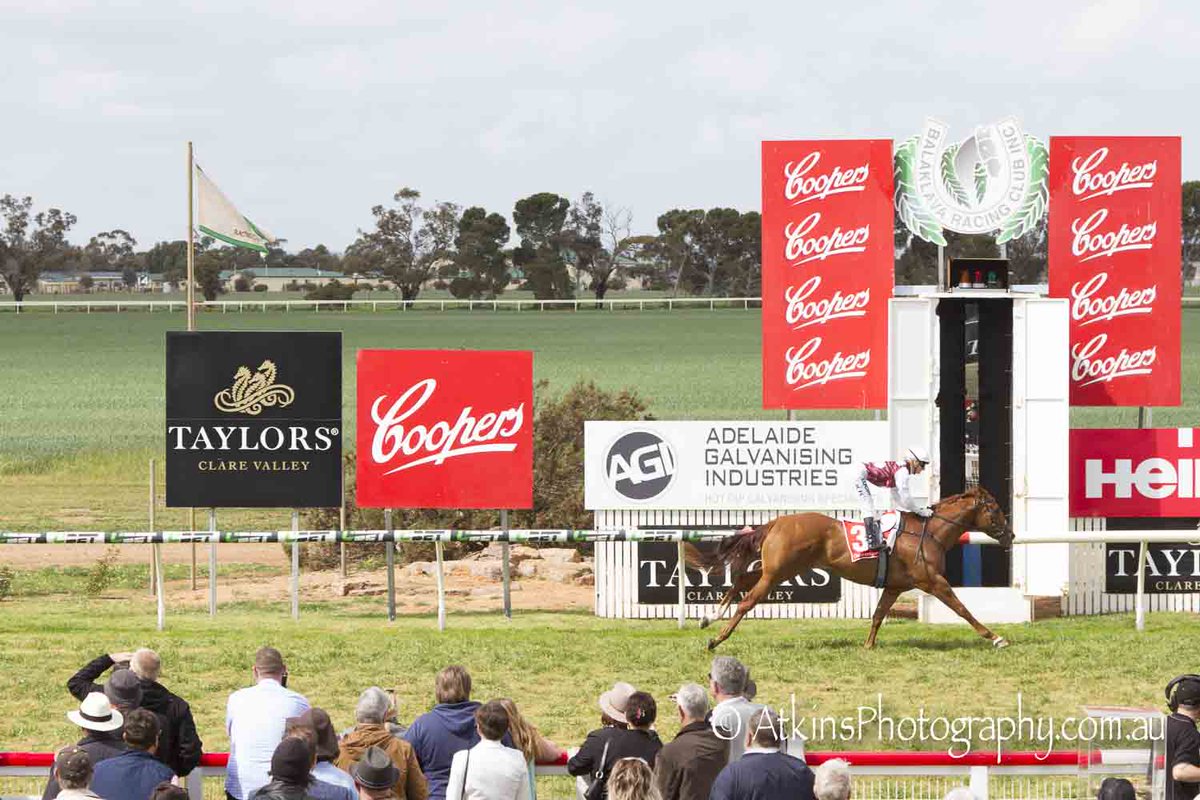 It definitely was a case of Domination at Balaklava on 2018 Cup day as the flashy chestnut brought up a race day double for trainer Tony McEvoy.

Winning jockey Jamie Kah said “how far” to herself on the home turn as her mount bowled along in front.

The victory was McEvoy’s second winner for the day with Once In A Lifetime won the opening event.

“He has had throat surgery and at his last run choked down a bit, so we freshened him up,” McEvoy said.

“He thrived with a break and prepared for today with a good Gawler jump out.

“We’ll look to head back to town with him now.”

Jamie Kah said he was a horse who had to be happy to give his best.

“You let him get into his rhythm and he loves to run,” Kah said.

“He began well today and settled beautifully in front and I knew he was going to win turning for home.”

A four-year-old by All Too Hard, Domination has won two races, both easily and both at Balaklava, from just six runs.