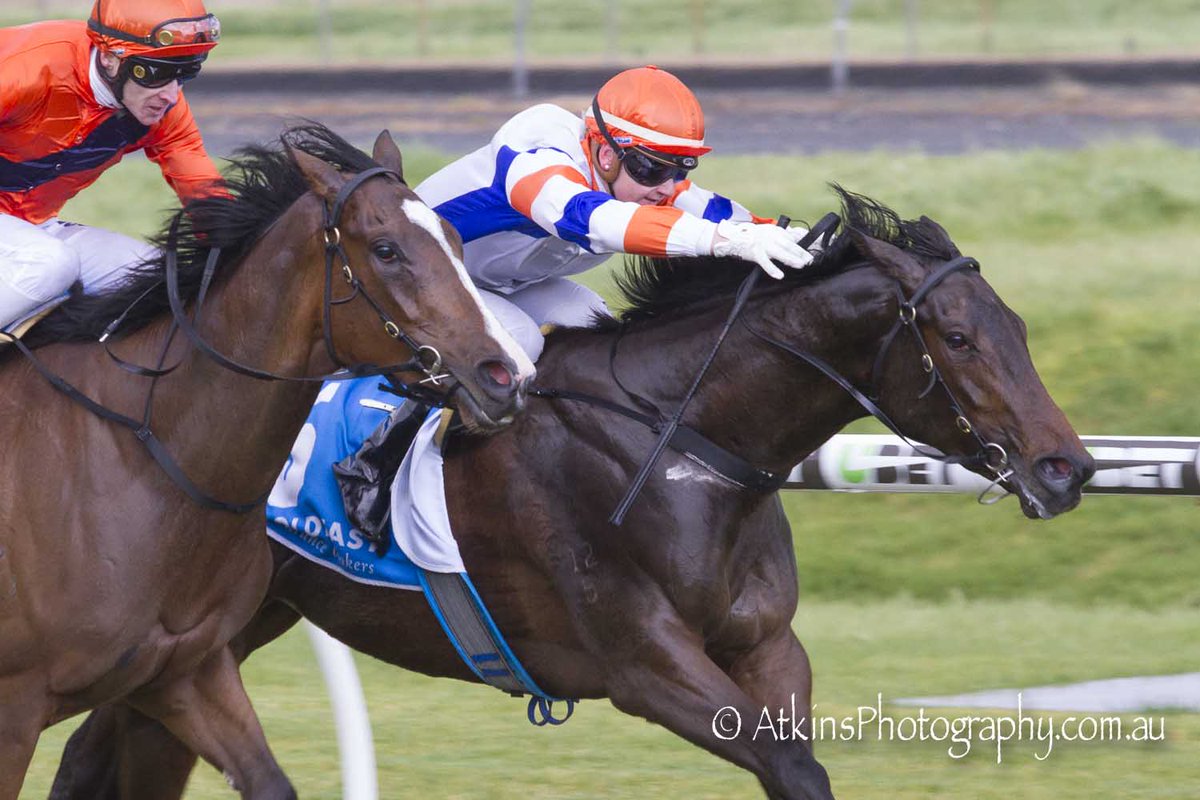 Talented filly In Heart’s Wake made it two wins in a row with a game victory at Morphettville Parks on Saturday, September 15.

The victory followed the three-year-old’s maiden win at Geelong on September 2.

Winning jockey Jamie Kah said despite the closeness of the finish, the winner still had more to give.

“She was very green and had a few behavioural issues last preparation,” Kah said.

“She has matured into a lovely horse and was nice and fit today.”

After beginning moderately, In Heart’s Wake accelerated quickly to go around and take the front where Kah was able to dictate the tempo.

Riverina Dancer sat on the leader then emerged to give the favourite a race over the final 300 metres.

Kah said In Heart’s Wake had tended to wobble around the home turn and she was pleased when the runner-up moved up to challenge.

“I had a lovely lead but when she wobbled I thought she might lose concentration so when the other horse came alongside she responded.

“She was strong on the line and certainly had more to give.”

In Heart’s Wake was a $210,000 purchase by McEvoy Mitchell Racing and Blue Sky Bloodstock at 2017 Magic Millions Gold Coast yearling sale and the filly has been nominated for next month’s Thousand Guineas at Caulfield.

Latest News
Share
All too dominant Previous
Perfect day Next