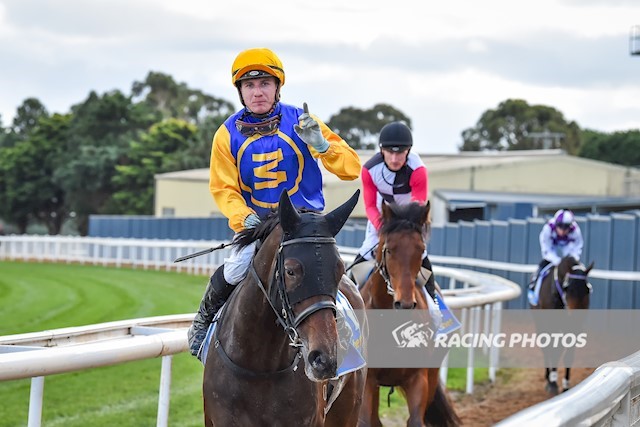 Just over a week ago, the McEvoys prepared one of her foals, Silent Sovereign, to win the Group 2 Queen Of The South Stakes (1600m) at Morphettville.

On Monday, May 16, they produced her half-sister Silent Surrente to win on debut on the poly track at Ballarat.

Ridden by Mitchell Aitken, the three-year-old filly scored running away by 1-1/2 lengths from Ideal Miss ($5.50), with Mr Zhivago ($41), three-quarters of a length away third.

Trainer Calvin McEvoy said the filly had started on the right path to measure up to her half-sister.

“She is still learning about racing,” McEvoy said.

“We hoped she would finish off strongly, and despite doing some things wrong, she did really wind up over the final 200 metres.

“She had had plenty of education to prepare her for race day, and there is no doubt she should be improved by the run.

“I loved the way she ran through the line and will be even better over more ground.”

Winning jockey Mitchell Aitken said he had no doubt the filly would be suited by an increase in trip.

“She travelled well for me early,” Aitken said.

“But when the tempo picked up turning for home, she got a bit lost.

“Despite doing things wrong, she eventually lengthened beautifully and picked up the leader in good style.

“She was very strong through the line.”

Silent Sovereign is a grey by Dalakhani and has won five of her 23 starts earning in excess of $515,000.

Silent Surrente is a bay or brown filly by Fiorente, but like her half-sister, looks well suited to races over middle distances.