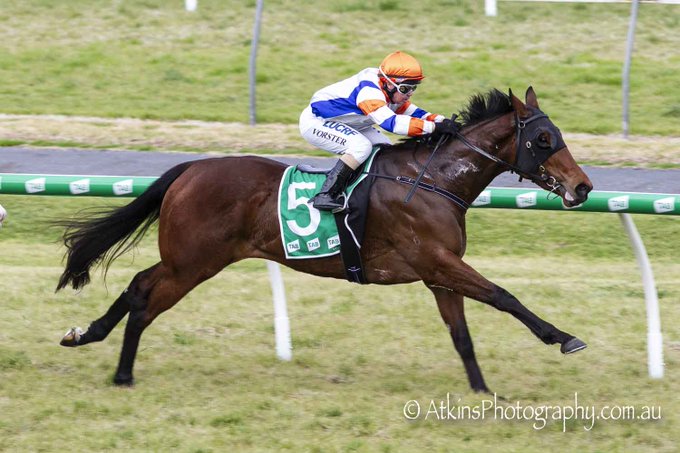 Aten indicated she might be a filly with a future with an impressive maiden win at Morphettville on Saturday, August 17.

The three-year-old daughter of Fighting Sun hadn’t raced since December last year but was produced in peak condition by McEvoy. It was the first leg of a winning double for trainer and jockey who combined later with Shop Til I Drop.

Aten was ridden up to cross and lead and raced away from her rivals.

Assistant trainer Calvin McEvoy it was a winning move to go forward.

“In her last preparation she jumped quite awkwardly at both starts,” McEvoy said.

“So, we weren’t quite sure how she was going to go in the gates today.

“We said to Barend to ride her as she jumps.

“If she does jump clean try to control the race because she does have speed.

“He did it perfectly, crossed to lead and she was really professional today.

“She’s still quite big in condition and a bit wintry, so we’ll see how she comes through today’s race before planning a program.

“I’d like to thank Wayne Mitchell and the owners. She injured herself at the end of her two-year-old days, so they had to be patient.

“We knew she had ability and it was great to have her come back a winner.”

“She still needs a bit of confidence but with today’s win I’m sure she will get it.

“She still looks a bit wintry in the coat but underneath she is very fit.

“She pinged the gates nice and comfortably.

“I saw there was a line of horses inside me, but no-one was committing so I took the iniaitive, did my own pacework and she won well.”