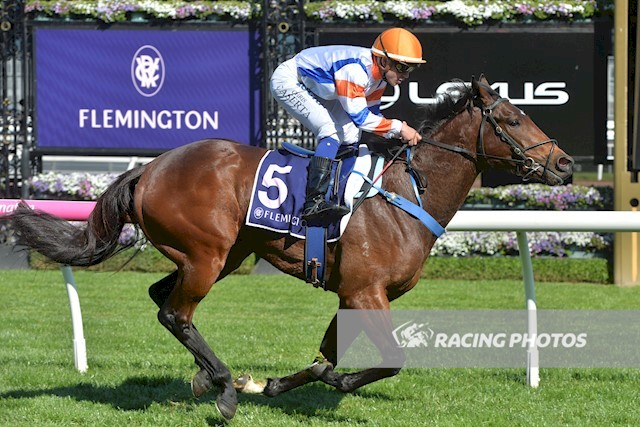 Talented Vinland gave a glimpse of his ability with a brilliant win at Flemington on Wednesday, September 26.

The win was part of a McEvoy treble as he had two winners at Gawler around the Vinland triumph.

Trainer Tony McEvoy admitted the four-year-old had been a frustrating horse.

“From the time I put him in work I thought he was a stakes horse but more often than not he let me down, so he paid the ultimate price,” McEvoy said.

“Since he has been gelded he has been racing a lot better but I’m not going to get too far ahead of myself.

“Even today he wanted to race a bit keenly but was still able to get the job done.

“I will let him do the talking as to where he takes us, but I do know that if he produces the talent I know he has, then he can win a good race.”

McEvoy said it was good to have apprentice Chris Caserta aboard Vinland.

“Chris has come to us on a three-month loan and has been working hard at Kildalton Park, Angaston but I brought him across to claim on Vinland. He rode him very well and I’m glad he got a win at Flemington.”

Caserta said he had enjoyed his initial time with McEvoy.

“It was great he brought me across to ride Vinland which I thought had a good chance,” Caserta said.

“He exploded when I asked him to go and it was a great thrill to ride another winner at Flemington.”