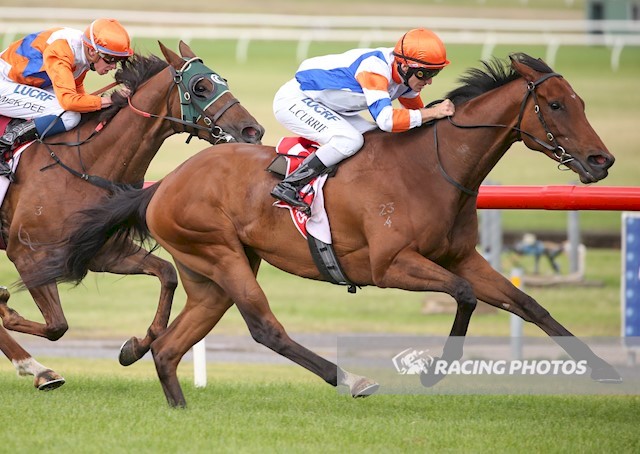 Earlier in the day, the McEvoy-trained Waltzing Wodka had a strong win at Gawler in South Australia.

At Sandown, Sweet Mischief ($17) settled just off the leaders before sprinting strongly to score a 1-1/2 length win in the Araza Benchmark 78 Handicap (2100m) beating Pierrocity ($10) with Cuban Belle ($151), a long head away third.

“The plan was to ride with a little but of cover and Luke had her ideally placed in the run,” Shepherdson said.

“It looked good throughout and she was really strong through the line.”

Shepherdson praised the owners for being patient as Sweet Mischief had been slow to mature.

“She had a really good experience today and I think Tony may look for something even a bit further for her next run.”

“Fortunately, I was able to give her a bit of cover and she travelled well,” Currie said.

“She really quickened when I asked her for an effort and it was a good win.

“Credit to Tony and Calvin, the stable is in really good form and to bring this mare across from Adelaide was a winning move.”