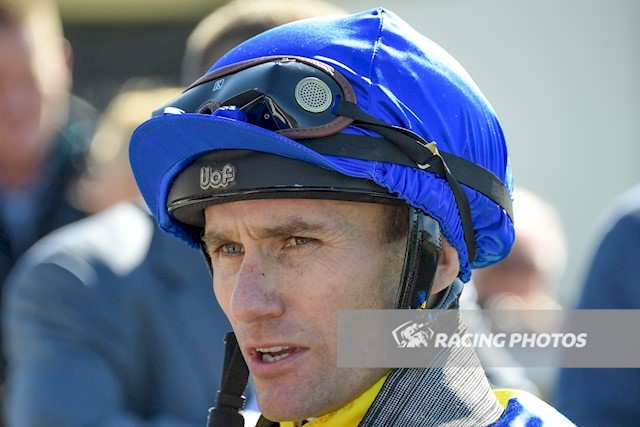 The Tony McEvoy-trained Shrouded In Mist might well have been the omen tip at Moonee Valley on Friday, November 23.

On a night where the course was hit with rain making it more like a winter’s night than a spring evening, Shrouded In Mist turned in a last-to-first performance to win the Catanach’s Jewellers Benchmark 70 Handicap (1600m).

Ridden beautifully by Luke Currie, the four-year-old mare, a $14 chance, sprinted strongly around the field to score a photo-finish win from Palmateer ($8) with Palazzo Vecchio ($10), a half-length away third.

“Her racing career looked to be over earlier in the year, but the owner said to have another preparation and Tony agreed,” McLeod said.

“She wasn’t disgraced in a Group 3 race last time and appreciated the drop back in class tonight.

“She has scope for improvement and looks even better suited over more ground.”

Winning jockey Luke Currie said the extreme outside barrier draw forced his decision to sit at the tail of the field early.

“So, I decided to go back and give her an easy time early.

“She made a long run and I thought it had ended close to the finish, but she still had the momentum up to grab the win.

“She really has a good turn of foot when you ask her to go. She did the same when I won on her at Geelong earlier this month.

“The mare backed up very well after running last Saturday – it was a good win.”