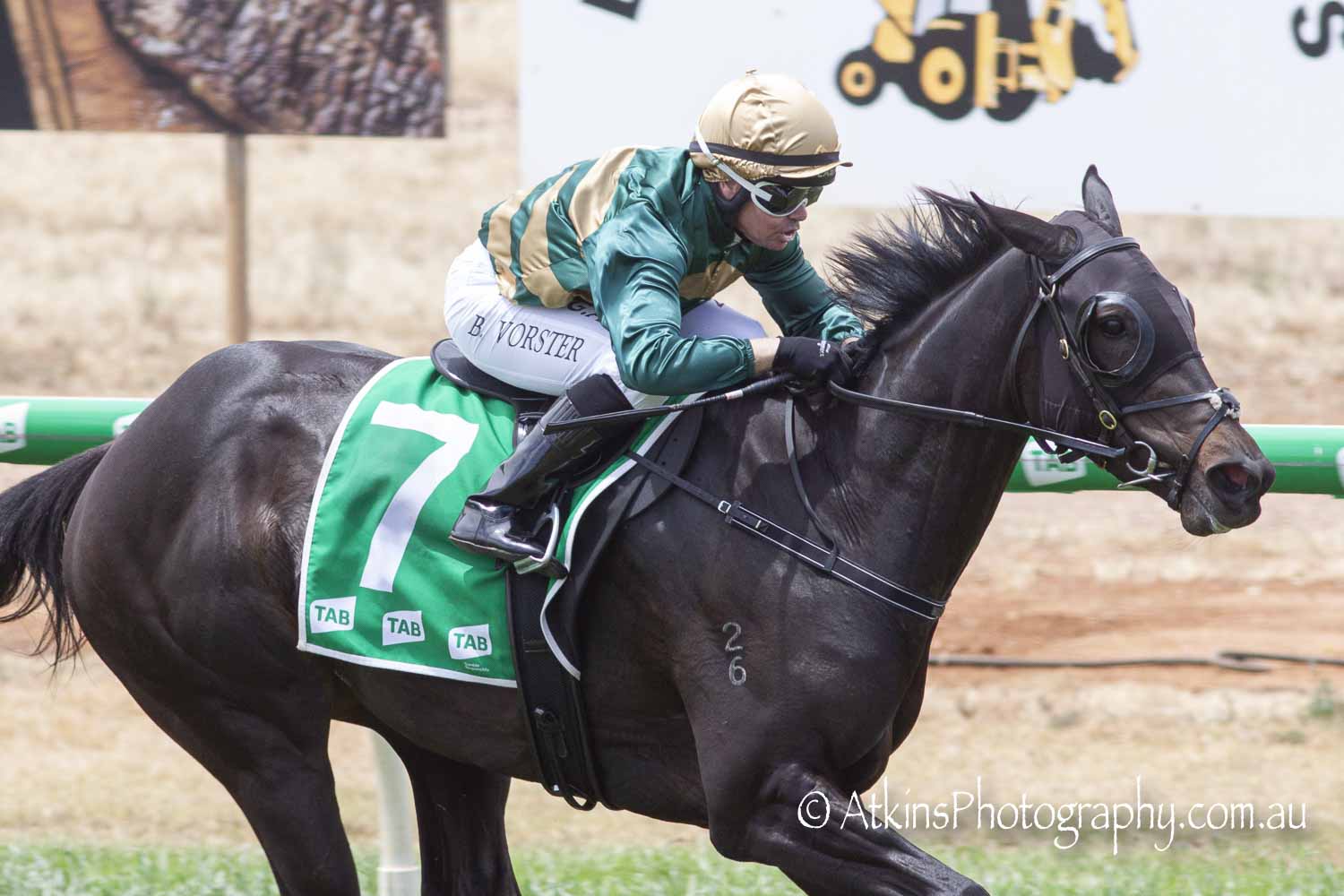 Beautifully bred three-year-old filly Sunstone broke through for her debut victory in easy style at Balaklava on Thursday, November 21.

Vorster had the filly one-out, one-back early before taking her to the centre of the course on straightening and she accelerated away to win easily.

“She is a late maturer,” Cornell said.

“She has always shown us a lot of ability but has just taken time to produce it on the track.

“There have been a few little issues, nothing serious, that have held her back.

Cornell said the way the filly ran through the line indicated she could get a bit further.

“She was a good purchase by James Harron Bloodstock and now she has broken through can go on and win a few more.”

Winning jockey Barend Vorster said he had always been confident of victory.

“The important thing with these earlier career type of horses you have to give them some sort of lead,” Vorster said.

“Even though I know she has some ability, she still needs a bit of guidance.

“At the top of the straight she took a bit of time to wind up and I thought the leader was going to give me a bit of a challenge.

“But once she got into her gears, she was too good.