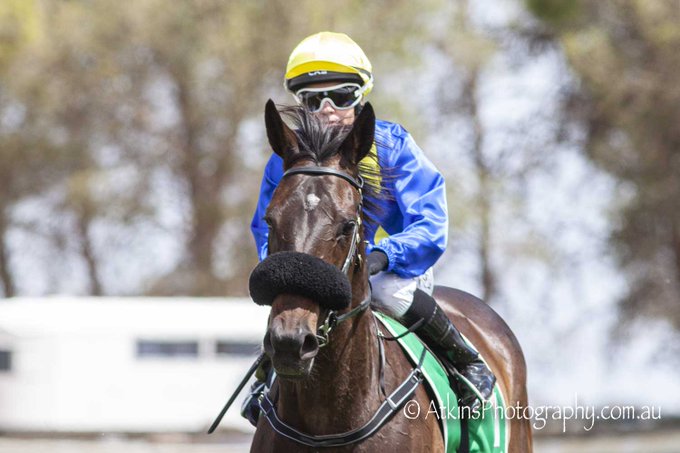 The win brought up a double for the trainers and jockey Barend Vorster who had won earlier in the day with Sunstone.

The four-year-old mare, which notched her third win from just seven starts, was having her first start since May.

She showed no early speed but warmed up in the home straight once Vorster asked her to extend.

“Both her trials for us in preparation for today were really good.

“She came to us from David Vandyke in Queensland and presented to us in outstanding order.

“The mare is owned by new clients of ours, Ken McSweeney and his partners and she was our first runner for them so pleased to get a result.

“There is a lot of upside once we get her out to her right trip.

“I’m sure will improve a bit.”

Winning jockey Barend Vorster was also impressed by the win.

“I felt it was a nice win,” Vorster said.

“Even though she didn’t beat much, it was the way she did it.

“She didn’t show early speed at all, so I left her nice and comfortable.

“I worked my way between runners coming to the home straight and I thought she really, really accelerated well.

“At the top of the straight she took a bit of building up but once I asked her the question she accelerated beautifully.

“I think she will be quite handy.”