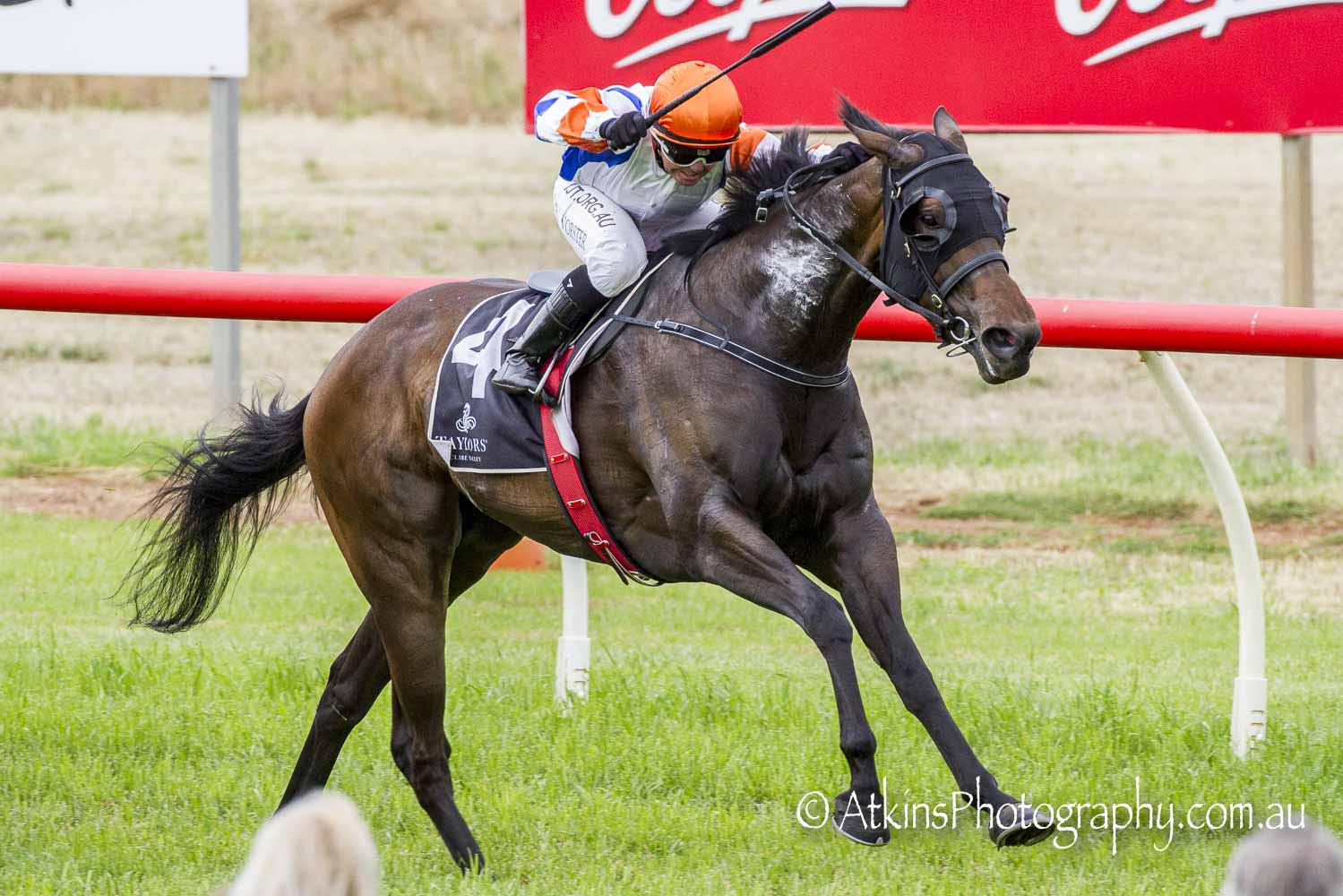 Spectacle makes it an SA double

Spectacle brought up a Balaklava double for the trainers who won earlier in the day with Vintage Folly, their only other runner at the meeting.

It was the four-year-old mare’s second win from just 10 starts.

The event was a heat of the Alcopop Series with a final at Morphettville and trainer Tony McEvoy said it most likely be the mare’s next run.

After beginning nicely, jockey Barend Vorster allowed the mare to stride up and settle outside the leader where he was able to control the tempo.

In the home straight Spectacle showed good fight to draw clear and win well from Deevine ($11) with Frankel Star ($16) a neck away third.

Trainer Tony McEvoy was at his first South Australian meeting for four months after being trapped at his Ballarat stables in Victoria with the Covid situation.

“A big shout out to Linda Lonergan at home,” McEvoy said.

“Linda has been my foreperson at home, and she has done a tremendous job with her team while I’ve been away.

“They have presented these two horses here today in fantastic order for two winners.

“A big shout out to Linda and all the team at home.

“Linda has had two children now, but she is a good toiler.

“She is a full time Mum and runs my stable – she’s Group One.”

Spectacle had to work hard early in today’s race which the trainer noted.

“It has been an issue for her this prep,” McEvoy said.

“Second up at Ballarat she had to do a lot of work early and it told on her.

“Today we were hoping to have an easier first half but that is how the cards fell.

“Once Barend got across outside lead, he allowe3d that leader to come back up and she came up for a bit of air and held them off strongly.”