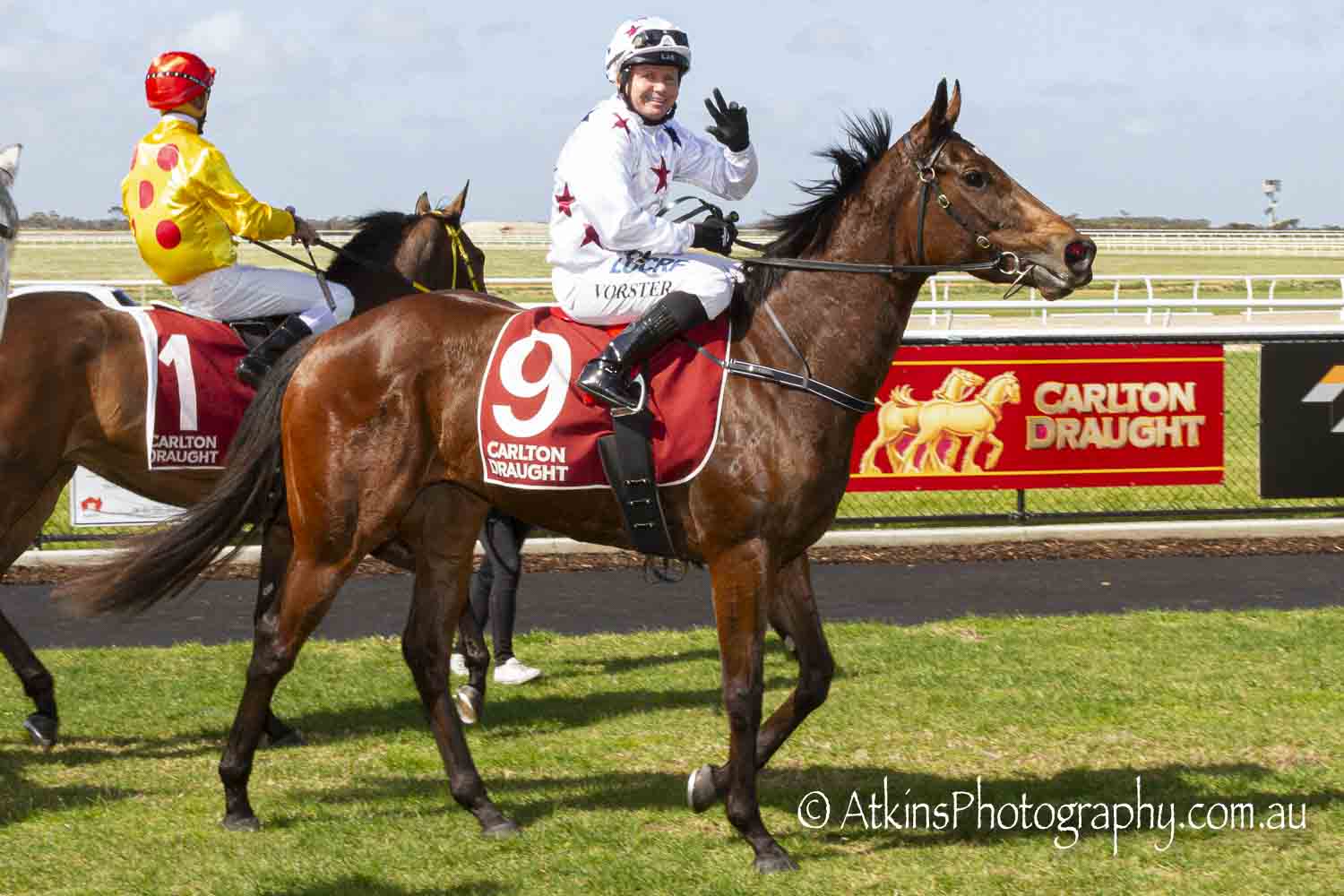 Sisstar, the younger sister to dual Group One winner Sunlight, broke through for her first win in emphatic style at Murray Bridge on Sunday, September 8.

A red-hot $1.20 favourite, Sisstar was ridden by Barend Vorster who had the filly sharing the early lead before asking her to accelerate turning for home and the filly charged away to beat Terelli ($91) with Magestic Diva ($21), a half-length away third.

Co-trainer Calvin McEvoy said the filly was worth a lot of money for a breeding career.

“Apart from being a full sister to Sunlight, a dual Group One winner, she is now a winner herself and is stakes-placed,” McEvoy said.

“While Sunlight was an early goer as a two-year-old winning the Magic Millions, this filly was quite hot temperamentally at that age.

“She ran okay in tough races but just wasn’t there mentally.

“She definitely grew up with a break and is a lot more mature. She also enjoys being trained at Angaston.

“Today she still raced with her head up early, but once Barend asked her to extend she let down beautifully thrashing her rivals.”

McEvoy said Sisstar possessed nice ability but said they would be considered in mapping a program.

“We might place her in a low-grade race to give her a but more confidence before looking to step her up in class.

“She has black-type ability, we just have to make sure she is ready to show everyone.”