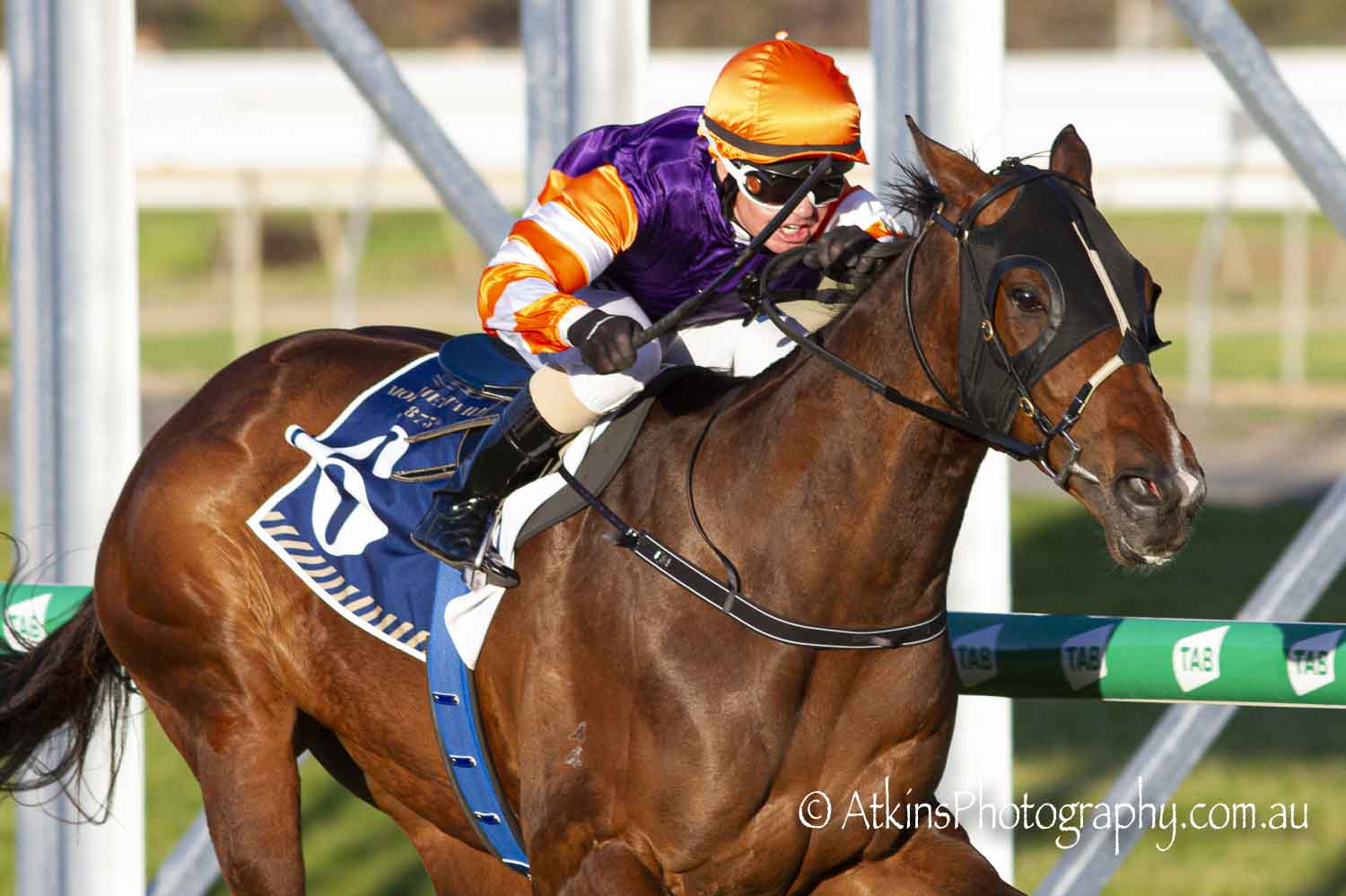 The comeback of Nistaan continued at Morphettville Parks on Saturday, September 7 with a bold front-running victory.

The win was Nistaan’s second in a row and completed a Morphettville Parks double for the new training partnership of Tony and Calvin McEvoy as well as jockey Barend Vorster.

The gelding now has three wins and five placings from just 12 starts and took his stakes to $110,350.

“He ran second to Despatch (Group One Goodwood Handicap winner) as a two-year-old and probably should have beaten him.

“We took him to Queensland and he got travel sickness, then he went away for surgery and we just forgot about him for a long time.

“He’s come back and arguably could have been three from three.

“Today he was fantastic. There were a few horses that took him on midrace but he was still too good.

“At his previous run at Balaklava we put one one-eyed blinker on his near side to stop him lugging in.

“Great from Barend to find the inside rail today, and he can’t hang in if he has the rail there.

“He ran like a horse that is loving his racing, and credit to all the team like John, Linda and all the team at Angaston who have presented all the horses today in beautiful condition.”

“He’s a very big individual but you have to be soft and kind to him,” Vorster said.

“I have to thank the clerks of the course, they took me down the barrier and he was so nice and relaxed.

“He went through his momentum on jumping, got a bit of pressure halfway through but I wasn’t able to give it up (the lead) and he was strong the whole way.

“At Balaklava he was a bit keen with me, but today he was nice and easy early on and I was able to have a nick kick turning for home.

“I’m sure if something came at him, he would have kept going.”