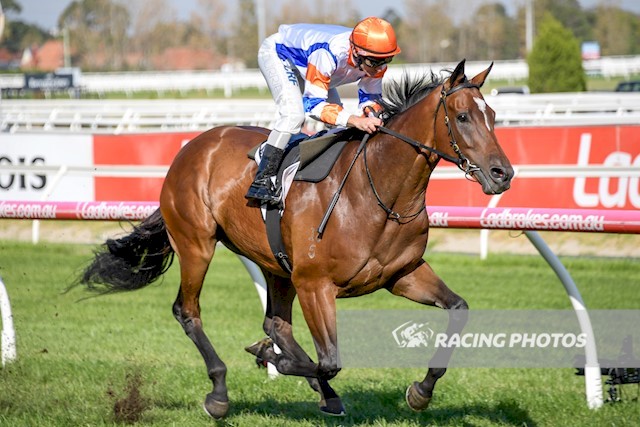 Trainer Tony McEvoy is now looking at a bigger prize, the $500,000 Group One TAB South Australian Derby (2500m) at Morphettville on May 11.

McEvoy’s Melbourne stable foreman Michael Shepherdson said it was unlikely the VRC St Leger at Flemington on April 25 would form part of Secret Blaze’s progress towards the South Australian Derby.

“Tony’s earmarked the Derby for him and would love to get him there. He’s fit and seasoned and probably doesn’t need another run,” Shepherdson said.

“He’s an emerging stayer and Tony will make up his mind after he sees how he pulls up.

“He’s still learning, and he could still relax a little bit more, but racing over a trip will help bring that on.

“It’s good to have a really nice young stayer in the stable.”

Shepherdson praised Currie for the way he was able to manoeuvre Secret Blaze through the field after early leader Think Music dropped out before the turn.

Currie said he hit the lead too early.

“I had to edge through on the inside to make sure those on the outside didn’t roll back down to the fence,” Currie said.

“He pricked his ears when he got to the front and won with a bit in hand.”

Currie said because he was a progressive stayer there was no reason why he might not measure up in some good races during the spring.