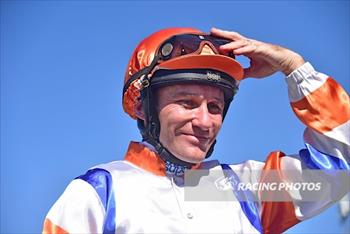 In a tricky photo, Secret Blaze fought back to grab a narrow victory in the Ladbrokes Handicap (1400m) at the Sandown Lakeside course on Wednesday, April 11.

A $16 chance, Secret Blaze led early but was strongly challenged and headed at the 200 metre mark but fought back strongly to figure in a three-way finish.

The two-year-old scored by a short half head from Hawkshot ($1.75 fav) with Thunderdome ($12) a similar margin away third.

Jockey Luke Currie wasn’t sure about the result.

“I thought maybe we had kicked and finished second but was very happy to see the judge’s number go up and give us victory,” Currie said.

“Tony (trainer Tony McEvoy) said to let him stride today and he was happy out in front.

“He was a bit ‘looky’ during the run and was waiting for the rest of the field but when they came alongside he was up for the fight.”

“I’m sure he can get further and is a genuine improver.”

“Tony has liked him from day dot,” Shepherdson said.

“He has been getting better with racing and loved being able to set his own tempo today.

“He showed a lot of heart and will get further.” 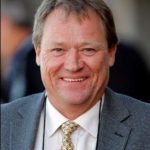