McEvoy Mitchell RacingLatest News Rockarral makes it 2 in a row 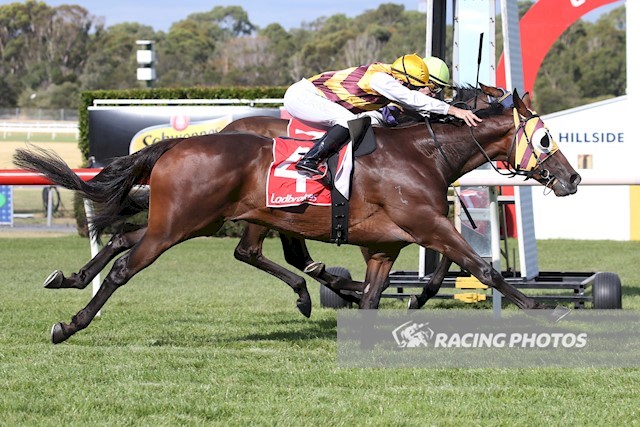 Rockarral makes it 2 in a row

At Sandown on Wednesday, February 20, Rockarral, ridden by Luke Currie, scored a last-stride win in the Ladbrokes Benchmark 70 Handicap (2400m).

It was Rockarral’s second win in a row and fourth overall, with four placings from just 14 starts.

“He wanted to get in a bit down the home straight, but Luke got the best out of him,” Shepherdson said.

“He has taken a while to find his best form but now he has been gelded for a while he’s starting to work it out.

“Rockarral still has a way to go but it is good to see him put a couple of wins together.

Winning jockey Luke Currie said the four-year-old had been a good winner.

“Tony said to ride him to get the trip,” Currie said.

“I thought he might have settled closer but when he was happy to be back, I left him alone and he relaxed and settled into a good rhythm.

“He got into the race fairly early but got a b it lost when he did and wanted to look around so he must improve on that.

“He is still a bit raw, has taken a while to hit his straps but is getting there.”