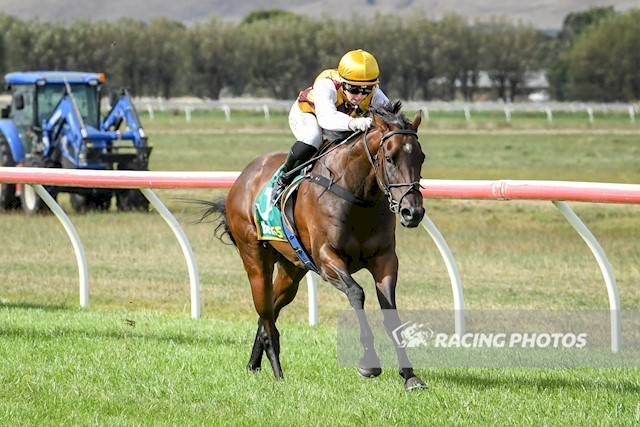 Improving mare Penfriend is likely to have plenty of willing correspondents following her brilliant win at Terang on Monday, February 21.

Ridden by apprentice Tatum Bill, Penfriend, the $2.25 favourite, dashed away in the home straight to beat Thought Provoking ($3.60) with Regal Effort ($15), 4-1/2 lengths away third.

After beginning nicely, Bull had the mare one-out, one-back in running before the mare took herself into the race turning for home.

Penfriend lengthened powerfully in the home straight never giving her supporters any cause for worry with a comfortable victory.

Trainer Calvin McEvoy said the daughter of Written Tycoon was a slow-maturing mare who was coming into excellent form.

“She has won two of her three starts this preparation and is ready now to step up to a midweek race in Melbourne,” McEvoy said.

“Penfriend had a slight setback after her maiden win and found the distance a touch short last time.

“Today Tatum gave her a perfect ride, and the mare showed she is a definite improver.

“It was a great win for owners Graham and Linda Huddy, who bred the mare.

“She is not big in stature but is very big in heart.

“We will look to step her up now to a suitable race in Melbourne.”

Winning jockey Tatum Bull was delighted with the victory.

“I wish I could ride horses like that more often,” Bull said.

“It would make the job so much easier.

“I spoke to Calvin pre-race, and he was very confident.

“I also spoke with Madison Lloyd who is their apprentice, and she gave me confidence saying the filly had galloped well during the week.

“I came into the race quite confident and had to ride her accordingly.

“Really, I should have counted to 10 before I popped her out, but she was going too good.

“In the end it didn’t really matter.

“She was a gun ride, she does everything you ask.

“She is quite versatile, and I wouldn’t be surprised if she can get out to further.

“Calvin and Tony do a massive effort with their horses, getting them to race day in tip top order and I was so happy to be aboard.

“I felt if she got pressured, she would have been able to kick again.

“She pinned her ears back and had a decent crack today, definitely a horse that is going to go places.”