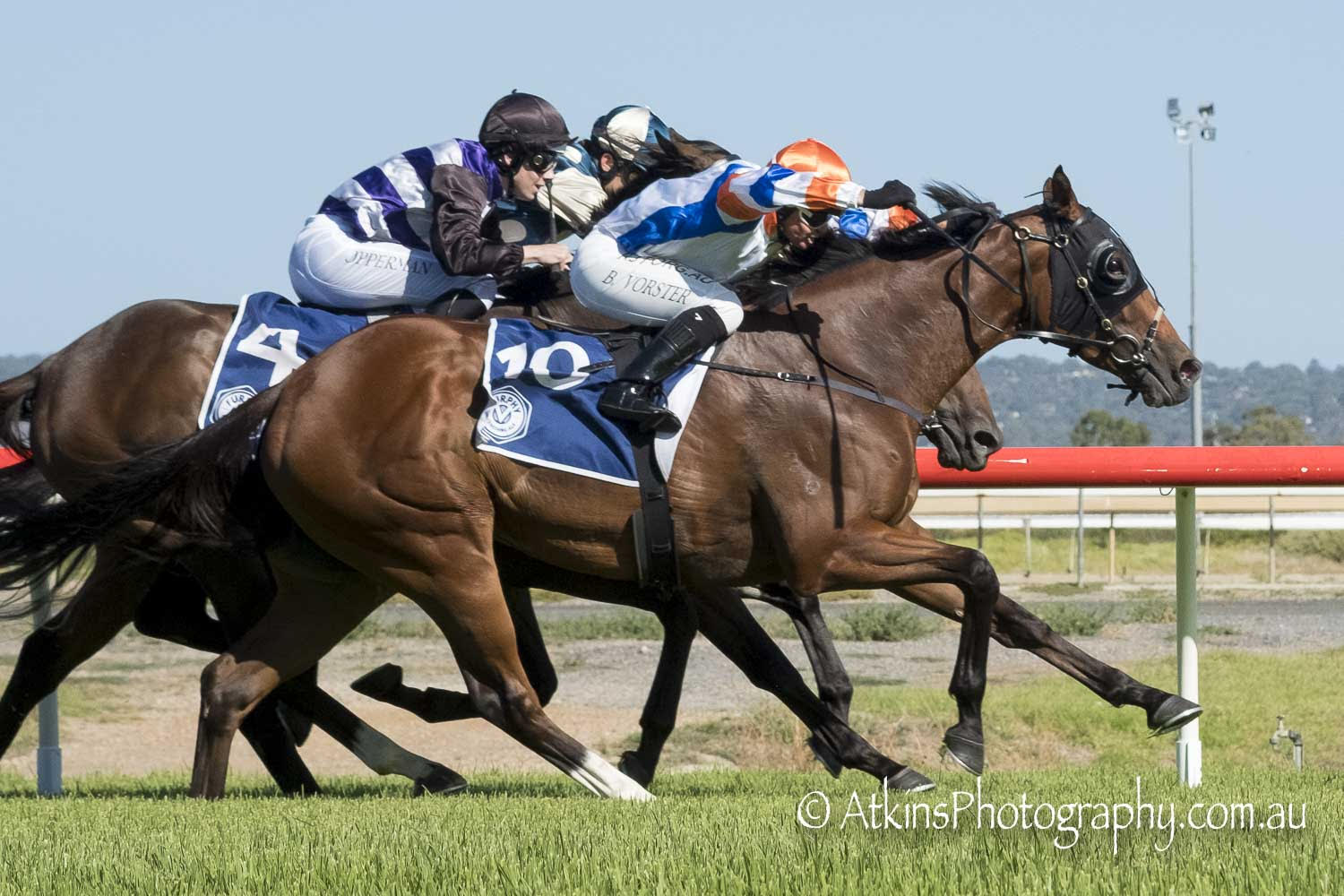 On the home turn, he brought Night Passage ($2.90 fav) around the leaders and the mare fought hard to grab a long neck win from Royal Mile ($8) with Titan Blinders ($19) a head away third.

“Barend saved every inch of ground on the mare and his strength helped her get over the line,” McEvoy said.

“I am so pleased for the owners.

“We’ve always had a good opinion of the mare and while she won a couple of races and had a few placings from limited starts, she just wasn’t racing up to our expectations.

“The owners considered retiring her, but Calvin and I pleaded with them to give her one more chance.

“Making the decision to bring her back to our Angaston stables and race her in Adelaide proved key.

“She has loved the tempo here and Barend has worked out how to get her to the line.”

Night Passage now has built the good record of six wins and six placings from just 23 starts and her stakemoney tally is now in excess of $190,000.

McEvoy said he would see how the mare pulled up, but his inclination was to give her a break.

“She has done a good job over the past two months so a short break might be in order before another campaign later in the year.”