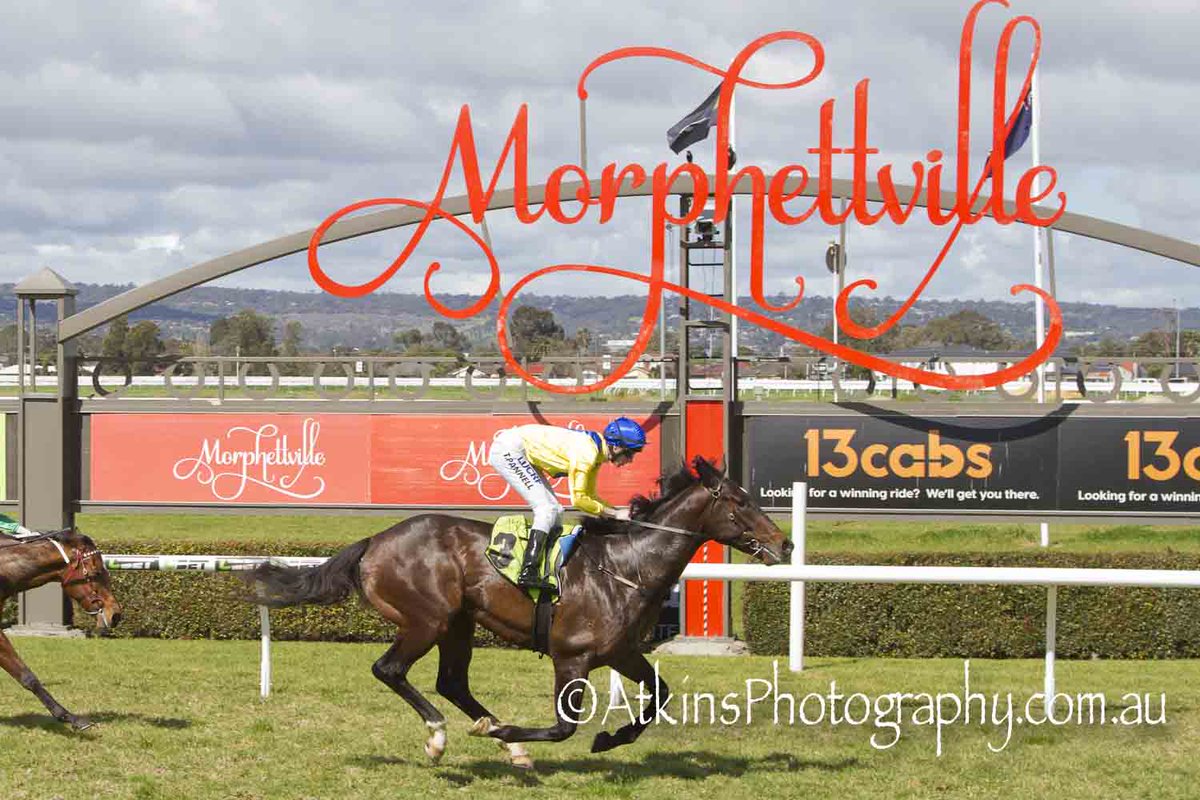 Promising three-year-old Farooq, trained by Tony McEvoy, looks headed for a big spring carnival following a super return to racing at Morphettville Parks on Saturday, September 1.
Sensationally backed from $2.80 to start $1.90 favourite, Farooq came from last to score an easy win in the Syd McDonald Senior Memorial Benchmark 70 Handicap (1250m).
Ridden by Todd Pannell, the colt cruised home by 1-3/4 lengths from Maid Equal ($9) with Dancer’s King ($4.60), 1-1/2 lengths away third.
Assistant trainer Calvin McEvoy said the winner would now head to Melbourne for the Listed $120,000 Exford Plate (1400m) at Flemington on September 15.
“The way he attacked the line was outstanding,” McEvoy said.
“There is still plenty of improvement. We’ve always had a big opinion of him and deliberately have given him plenty of time because he is such a big a big horse.
“I was a bit worried early when he settled last but could see he was going to take holding off when Todd brought him to the outside turning for home.
“It is good to see him win for Sheikh Mohammed Bin Khalifa Al Maktoum who bred him being by the champion racehorse Frankel.”
Winning jockey Todd Pannell was impressed.
“He gave me a good feel going to the gates,” Pannell said.
“For such a big horse he is really light on his feet.
“When I asked him to improve from the home turn he stepped up gear-by-gear and was really fluid in his action. It was an impressive win.”
McEvoy said Farooq had been nominated for the Caulfield Guineas in October and also the Victoria Derby at Flemington in November.