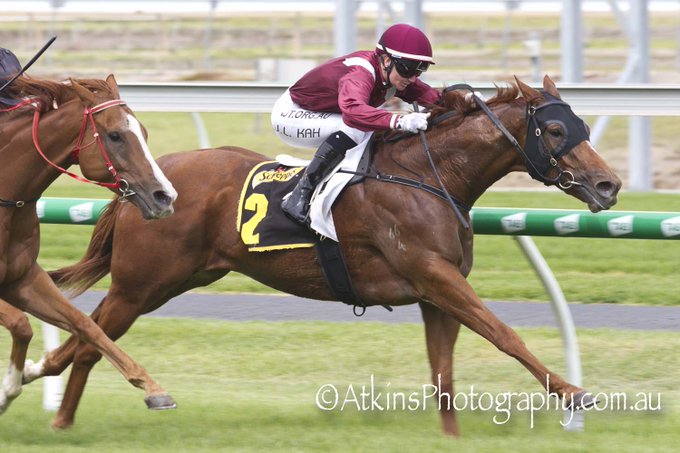 Kah, noted for her patience, sat last in the run to the home turn, then waited for inside runs before producing the five-year-old along the rails over the last 100 metres to score by a half-length for trainers Tony & Calvin McEvoy.

Tony McEvoy’s reverence for the late Colin Hayes has been well recorded.

It was Hayes who helped bring McEvoy from Streaky Bay as an apprentice jockey and shaped him into the trainer he is today.

Tony McEvoy was proud to have provided the winner of the race name in honour of C S Hayes.

“He moulded me, and groomed me through my young days, and made me into what I am today.

“I’m very proud to have won it, it means a lot to me and I’ll cherish this one.

“I’m sure he would be looking down and be very proud because he knows how big a part he has been.”

McEvoy said Over Exposure hadn’t quite been the soundest horse.

“He’s felt his runs, he jars up, but he is a real talent.

“The owners have shown great patience with us and it is just so nice to see them rewarded.”

For jockey Jamie Kah it was her fourth win with two seconds from just seven rides on Over Exposure.

“Look he’s got so much ability,” Kah said.

“But in his head, he wants to lay in and do things wrong.

“Ideally we wanted to find the fence today and he couldn’t have got a better run.

“I knew the runs were going to come, we just had to be patient.

“But he didn’t want to be patient, he was just so strong at the 400m, he just needed a run, he was flying.

“Once it opened, he took it so quickly and he was really strong.”