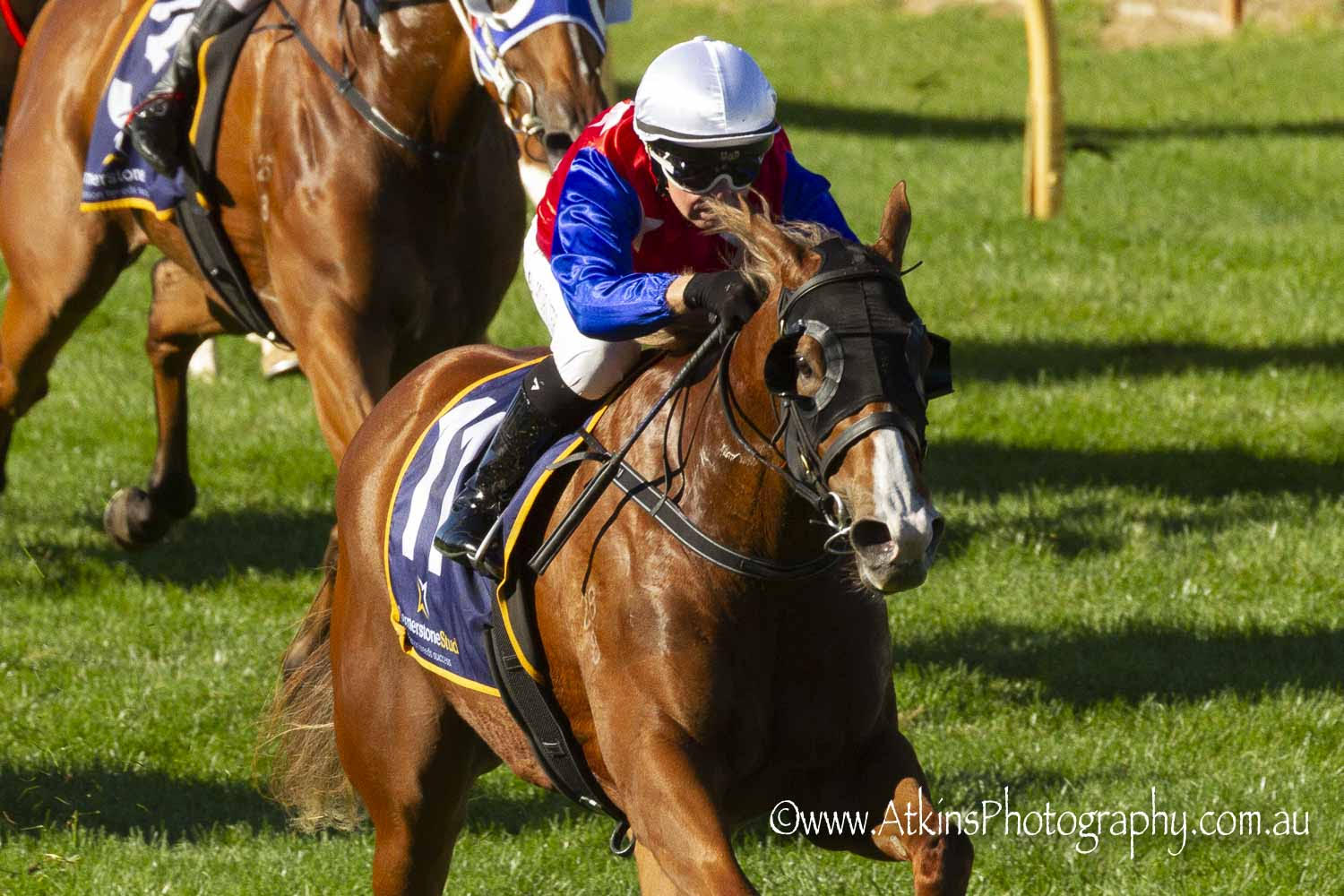 Defining indicated she is a filly of enormous potential with a brilliant win at Oakbank on Saturday, April 16.

The three-year-old dashed away from her rivals in the Klose’s Supermarkets Shillabeer Plate (1400m) scoring by five lengths.

The win brought up an Oakbank treble for trainers Tony & Calvin McEvoy who had won earlier with Belle Plaisir and Zoist.

A daughter of the stallion Not A Single Doubt, Defining was purchased for $225,000 from the 2020 Karaka National Yearling Sale.

She has improved with age and her form this preparation has been outstanding.

Defining was an unlucky second at Warrnambool on March 14 before coming to Adelaide to win by 4-1/2 lengths over 1200 metres at Murray Bridge on March 27.

Stepping up to the 1400 metres at Oakbank, she was even more impressive winning easily by five lengths.

Trainer Tony McEvoy said from the first time she galloped, he thought Defining had a future.

“Unfortunately, she has had growing pains and jarred up a few times,” McEvoy said.

“Then she ran into trouble in two of her races and was unlucky.

“But bringing her across to Adelaide and adding a set of blinkers, she has really struck form.

“I have liked the way she has put fields away at her last two runs.

“Now we will look to get some black type for her pedigree.”

It is a race McEvoy has won twice previously in the past five years having scored with Fox Hall in 2017 and East Indiaman (2019).