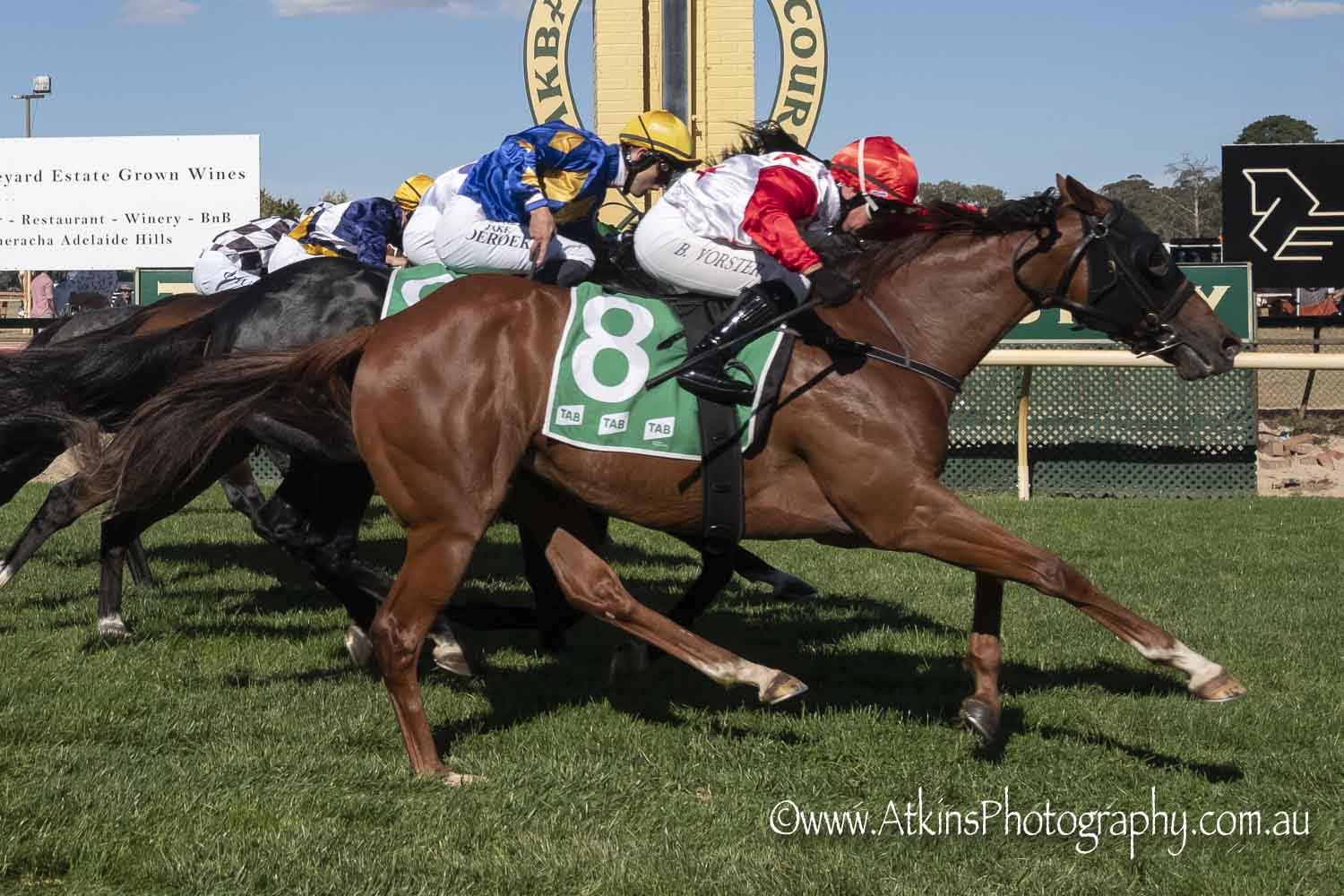 Zoist from last to first

Jockey Barend Vorster didn’t panic early in the Adelaide Hills Farm The Vintage (1400m) on Zoist despite the fact there was a hectic early tempo.

He allowed the four-year-old to balance up early and handle the run down the hill to the home turn.

Vorster sought a trail into the race before bringing Zoist widest of all and the gelding exploded to grab victory.

Incredibly, all of his six wins have been at the 1400 metres. He also has four placings from just 13 starts and collected $229,375 in stakes.

The win brought up a double for trainers Tony & Calvin McEvoy who had been successful earlier in the day with Belle Plaisir.

Trainer Tony McEvoy said he had never been confident of victory until the last few bounds.

“I knew there was plenty of tempo when a horse like Morvada was caught wide and couldn’t lead,” he said.

“The leaders had to stop in the home straight, but my bloke still had the job ahead.

‘Barend produced him at just the right time, and he dived to grab the win.”