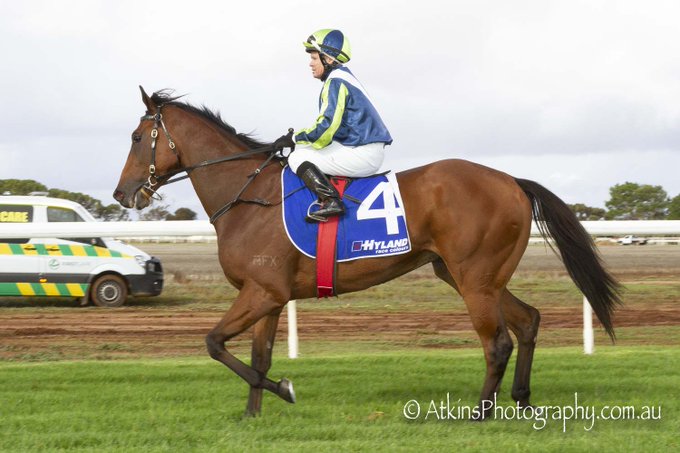 Coolth stamped himself as a promising stayer with a last-to-first debut win at Balaklava on Wednesday, April 29.

Trained by Tony & Calvin McEvoy, Coolth, ridden by Barend Vorster, was hard ridden to keep in touch in the field of 11 early in the Adelaide Galvanising Industries Maiden (1600m).

Even with 600 metres left to travel, the three-year-old looked to have the job ahead but he answered to Vorster’s urgings and gathered in the leaders to win running away by three lengths.

Trainer Tony McEvoy praised the owners for their patience with the gelded son of Dundeel.

“He showed promise early on as a two-year-old,” McEvoy said.

“Then he did a suspensory ligament which required a 10-month rehab.

“The owners were really good and backed the stable in to get him to the racetrack.

“I have to say he was really impressive today.

“To have his first race at 1600 metres, on a soft 7 or heavy 8, and to be so far back and not travelling then win as he did was brilliant.

“He has always shown us nice ability and on today’s win looks to have a promising future.”

McEvoy said he would see how the gelding pulled up before settling on a program.

“My initial thoughts are to give him a few more runs before putting him aside and getting him ready for the spring.

“At the back of my mind is to consider even taking him to Queensland for a few runs, not necessarily at the top level, but a trip away would help with his development.

“But it would require either Calvin or myself to go to Brisbane, and under the current COVID restrictions, it would be difficult.

McEvoy said Coolth was bred to run 3200 metres being by Dundeel from Killarney Heights, a mare with a strong staying pedigree.