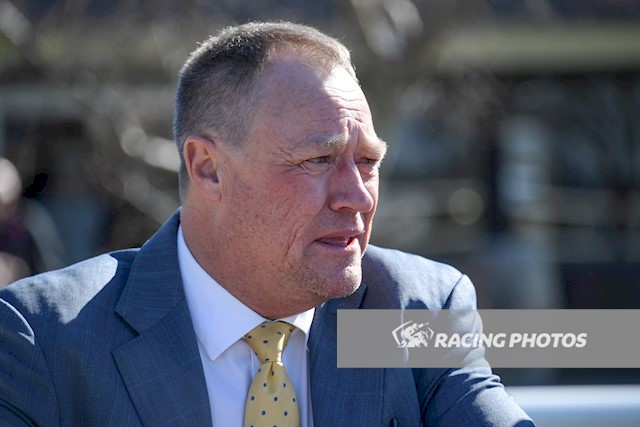 Following a record-breaking 2017-18 season, trainer Tony McEvoy is keeping the momentum going in the new season with an incredible winning strike rate of 53% for the past eight days culminating with two Group 3 wins.

“It is a big team effort to enable stable success for McEvoy Mitchell,” McEvoy said.

“My role as coach is to steer the ship but it only happens because of the hard work of the staff in South Australia and Victoria.

“I might get to stand on the podium, but that only happens because of a lot of hard work and planning. I couldn’t do it without wonderful support.”

On Tuesday, August 14, Roobeena and Aristocratic Miss were the stable’s winners from just two runners on the Geelong Synthetic track.

Swing It Sister (Murray Bridge) was the winner on Wednesday, August 15 from three runners.

Last Vein kept the winners coming on Friday, August 17 at Geelong Synthetic from two starters leading into a Super Saturday on August 18.

From just four runners, McEvoy had Miss Siska and Sunlight win at Caufield, Dollar For Dollar successful at Morphettville with Australia’s best maiden, Oohood, already having collected more than $1 million in stakemoney without winning a race, running fifth at her first run from a spell at Randwick.

Dollar For Dollar is headed to the Group 1 $1million Memsie Stakes (1400m) at Caulfield on Saturday, September 1.

The Group 2 $200,000 Danehill Stakes (1200m) at Flemington on Saturday, September 15 is the likely next run for outstanding three-year-old filly Sunlight.

McEvoy said the stable’s success was the combination of a number of factors.

“It is each horse’s fitness which comes from hard work by the McEvoy Mitchell staff, placement, the horse’s ability, and always a little bit of luck.