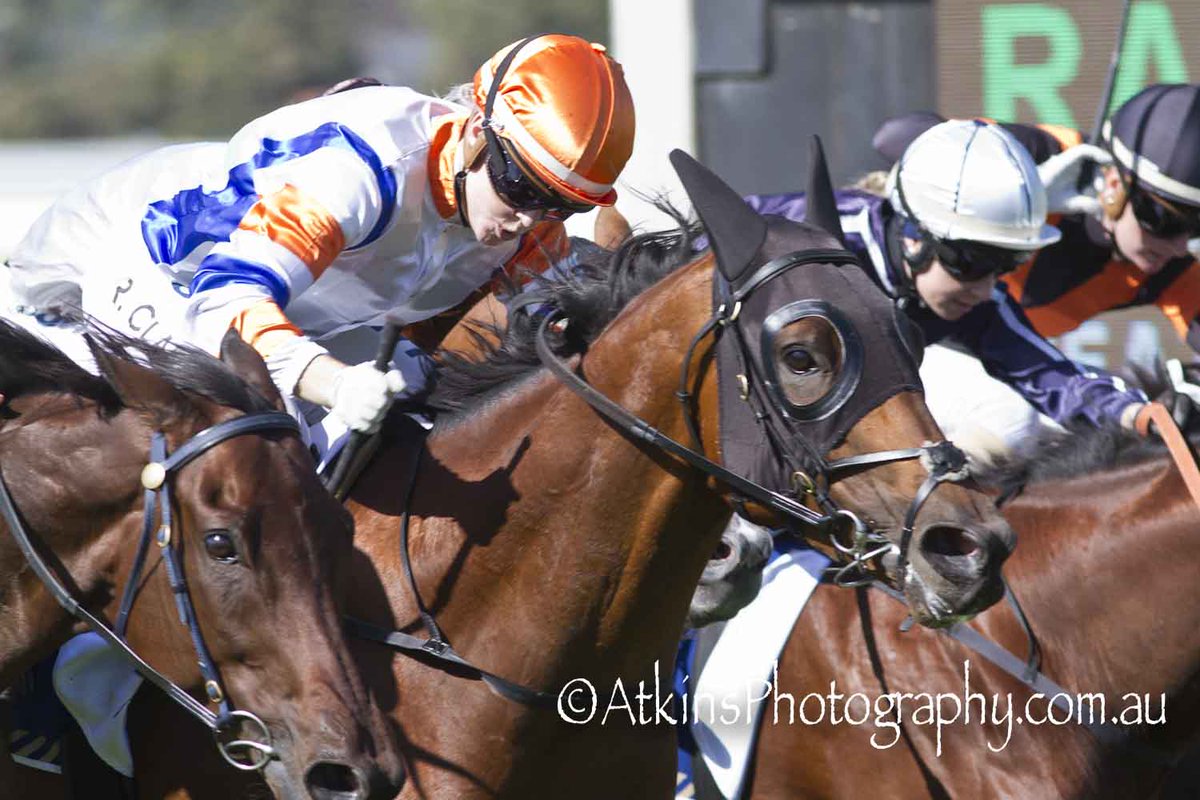 A cool ride by Raquel Clark on the Tony McEvoy-trained Vinland returned the ultimate dividend at Morphettville Parks on Saturday, April 27.

Clark was shut away on the inside at the tail of the field turning for home in the Pauline Nutt’s Celebration Handicap (1400m), heat 12 of the Autumn Series.

Taking her time to weave a way between runners, Clark brought Vinland ($4.40) with a well-timed run to score a head win over Roselli Sting ($19) with Gelignite Jack ($3.50 fav), a half-length away third.

Assistant trainer Calvin McEvoy said it had been a beautiful ride.

“We’ve always had a lot of time for this horse,” McEvoy said.

“It was a great ride by Raquel, she had to wait, and he got a bit keen when they slowed it up, but he attacked the line and wanted to win today.

“He had a great first-up run with a big weight in Melbourne, he’s arrived back in great order and credit to the Melbourne staff.”

Winning jockey Raquel Clark said Vinland had been in for the fight.

“He copped a bit of interference getting between them in the home straight,” Clark said.

“But he was too big and too strong and trained to a tee, today.

“He had the energy and momentum to go through the gap when it appeared in the home straight.

“A great job by Tony and the team at home, they are doing a great job with their horses and it was wonderful to get an opportunity to ride for them.