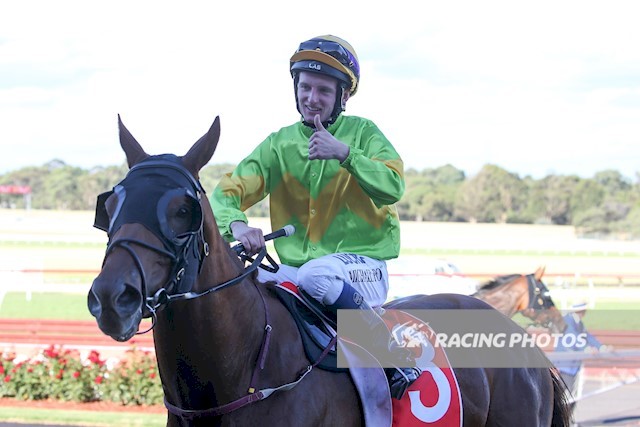 Partner makes it four for McEvoy

Smart three-year-old Winning Partner came from last to give trainer Tony McEvoy a winning treble at Sandown on Wednesday, February 20.

After wins with Rockarral and Lake District Girl, Winning Partner charged home for the McEvoy Sandown three-peat in the Ladbrokes Cash Out Benchmark 64 Handicap (1400m). The trainer also had Now And Forever win at Strathalbyn to make it four wins for the day.

Apprentice Michael Poy, who also won on Lake District Girl, landed his first city double as the three-year-old, backed from $5 into $2.60 favourite arrived to score a three-quarter length win from Pickup The Pieces ($4.80) with Cozhecancan ($14), a neck away third.

“That was a really good performance,” Shepherdson said.

“He just steps a bit slow and gives himself a bit to do.

“They put the pressure on from the half-mile today and made it a good test, but he was very strong late.

“He’s a good talent and there is a nice race in him, but I’ll leave that to Tony.

“We’ve always had a good opinion of him but would like to see him jump a bit cleaner, but he does have a really good turn of foot.”

Shepherdson said the instructions to Poy had to let the horse be comfortable, given him a good cuddle, then plenty of galloping room in the home straight.

For Poy, he was delighted to bring up his first city double.

“He gave me a feel early in the home straight he was going to be a bit lazy so I had to push the button a bit earlier than I had planned,” Poy said.

“We gave them a good head start early in the home straight, and definitely gave him a task, but I was confident he wouldn’t stop once we got going.

“He pricked his ears the last 20-30 metres and if something else had have been there he would have kept going.

“I have to thank Mr McEvoy for giving me these chances to ride these two horses today.”