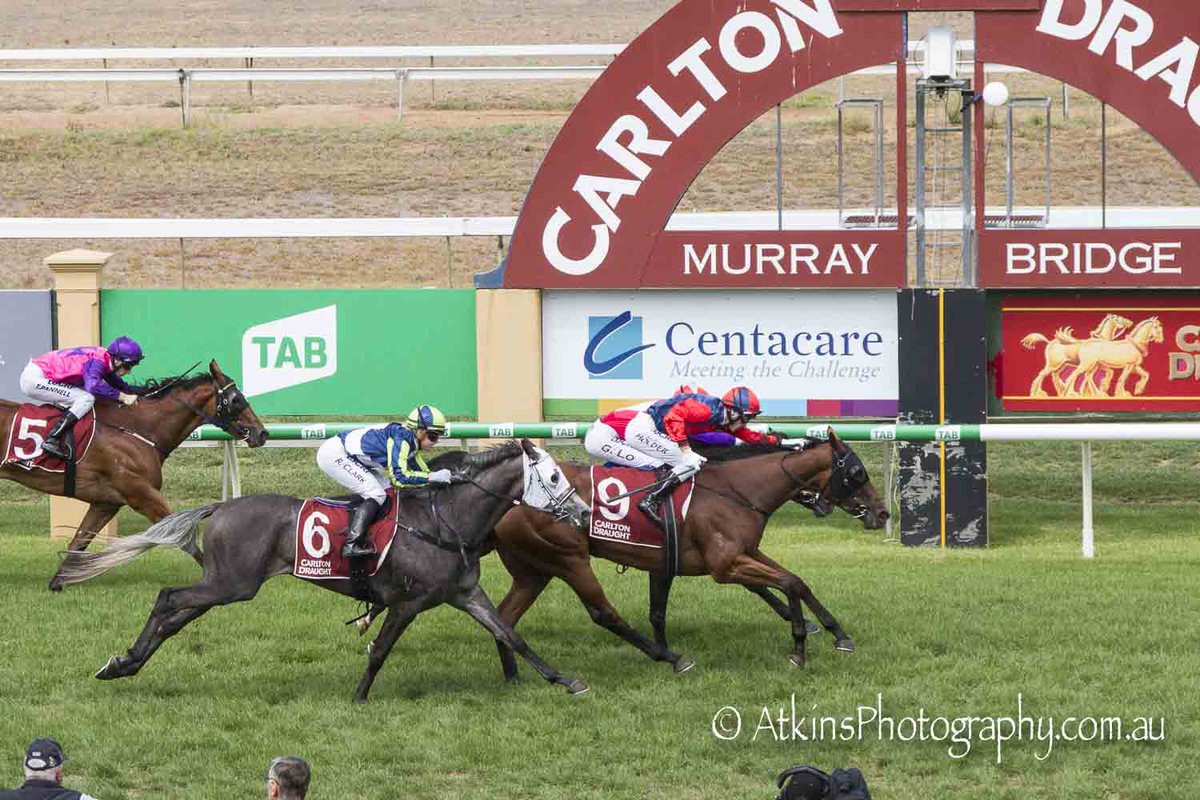 Trainer Tony McEvoy admitted the win of debutante Miss Brixton had been “a tough watch” at Murray Bridge on Wednesday, March 6.

A well backed $2.50 favourite, Miss Brixton, ridden by Jason Holder, arrived late to score a head win from Éclair Flame ($5) with White Heath ($2.90) a half length away third in the Wellington Lodge Maiden (1406m).

“There were a few immature gallopers in the race, and she was one of them,” McEvoy said.

“She missed the start slightly which is not her normal style.

“Jason managed to get her into a good position behind the leaders, but she was all at sea after coming down the hill. She actually looked like the Queen Mary negotiating the home turn.

“She also wanted to wander around up the home straight, but Jason was able to get her to arrive in time.”

McEvoy said he was certain the three-year-old filly would be improved by the raceday experience.

“I think she has a bit of promise.”

Winning jockey Jason Holder confirmed the immaturity of the filly.

“She can probably jump a bit quicker than she did today,” Holder said.

“Moving forward I hope she can learn from it.

“The front pair came back to us at the 600 metre mark and my horse was presenting herself and I didn’t want to fight her.

“Calvin (Assistant trainer Calvin McEvoy) said she would be well placed at 1400 metres and he was right as I think she would have been a bit lost at just 1200 metres.”

Holder held Miss Brixton together over the final stages before pushing her to victory.