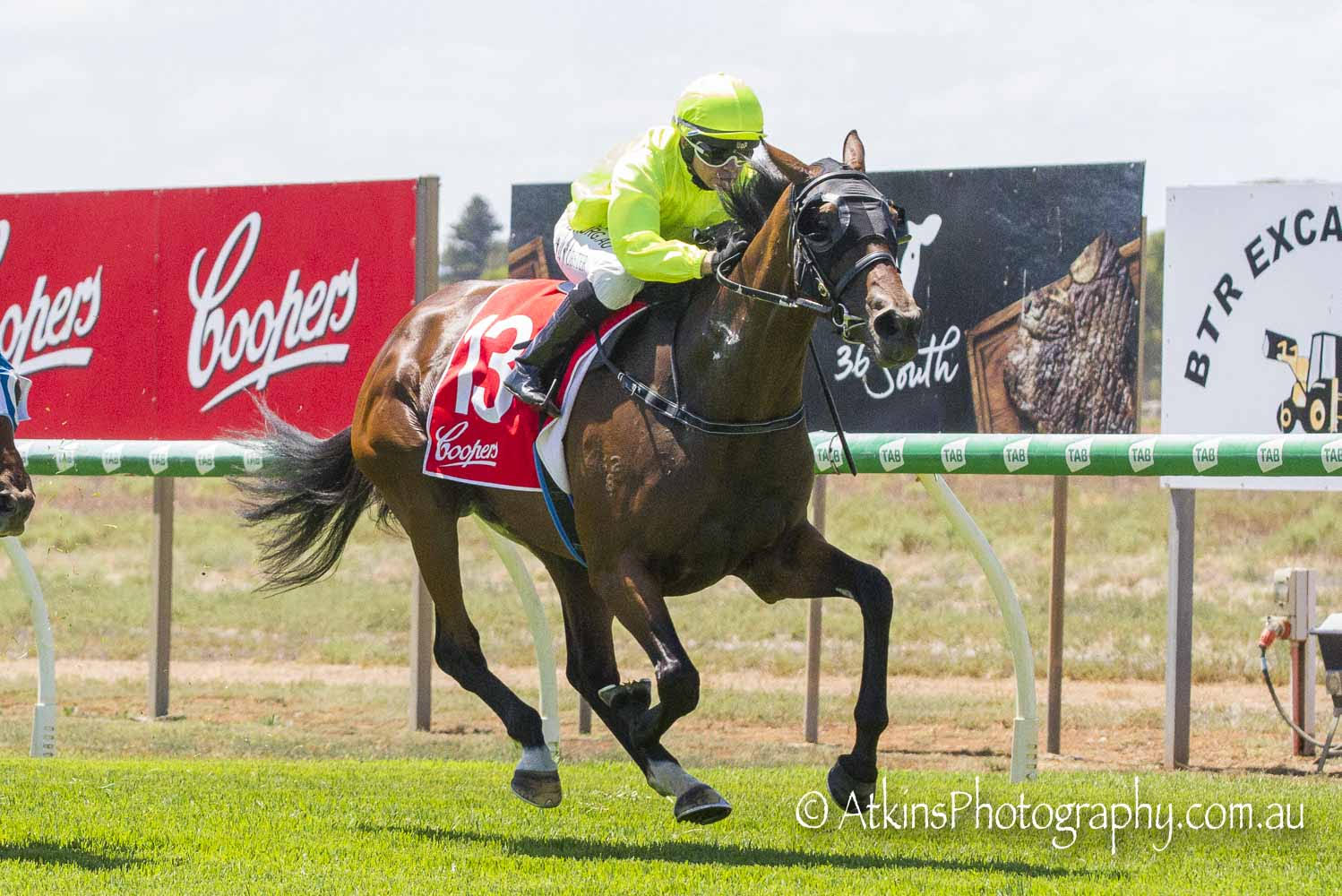 It was a case of eventually for promising three-year-old filly Eventually.

Having just her third start, Eventually proved too strong for her rivals in the Country Living Homes Maiden (1400m).

Named after the popular, if not irreverent, television show Fawlty Towers, Eventually had blinkers on at Balaklava after racing immaturely at her first two runs.

Coming from the extreme outside draw in the field of 14, jockey Barend Vorster sent the filly forward early to sit second.

Turning for home he asked her to lengthen, and she bounded clear past the 200-metre mark.

The filly tended to tire over the final stages but had a big enough margin to win well.

“Barend sent her a message early with the blinkers first time,” McEvoy said.

“I had hoped she would have jumped a bit cleaner and done it a bit smoother, but he had to ask her to just pick up and she said if you want me to go, I will go.

“She goes quite nicely and her early trials and jump outs at Ballarat were good, she has got some nice talent.

“Nothing went right at all at debut at Murray Bridge, then she made some mistakes last start at Morphettville as well.

“So the blinkers on today, and she is still learning as we saw today.

“She is bred by Gary and Chris Lechte in Melbourne who have been really patient.

“Gary’s a great fan of Fawlty Towers and names all his horses from the show.”

“Her last couple of starts she has been just thinking about it too much,” Vorster said.

“Blinkers on, from an outside draw, it was always going to be a bit tricky, but we had to go forward.

“I felt she got a little bit toey, but just because the pace in front didn’t commit strongly.

“We had to wait for the leader to pick it up a bit and she was lovely for me from then on.

“She was beautiful, she just went through her gears nicely for me through the 500 (metres).

“I just had to go with her in the stretch, and she just kept extending underneath me.

“She got a bit lonely out there for the last 100 (metres) but she responded very, very nicely.

“I’m very happy for the connections.”