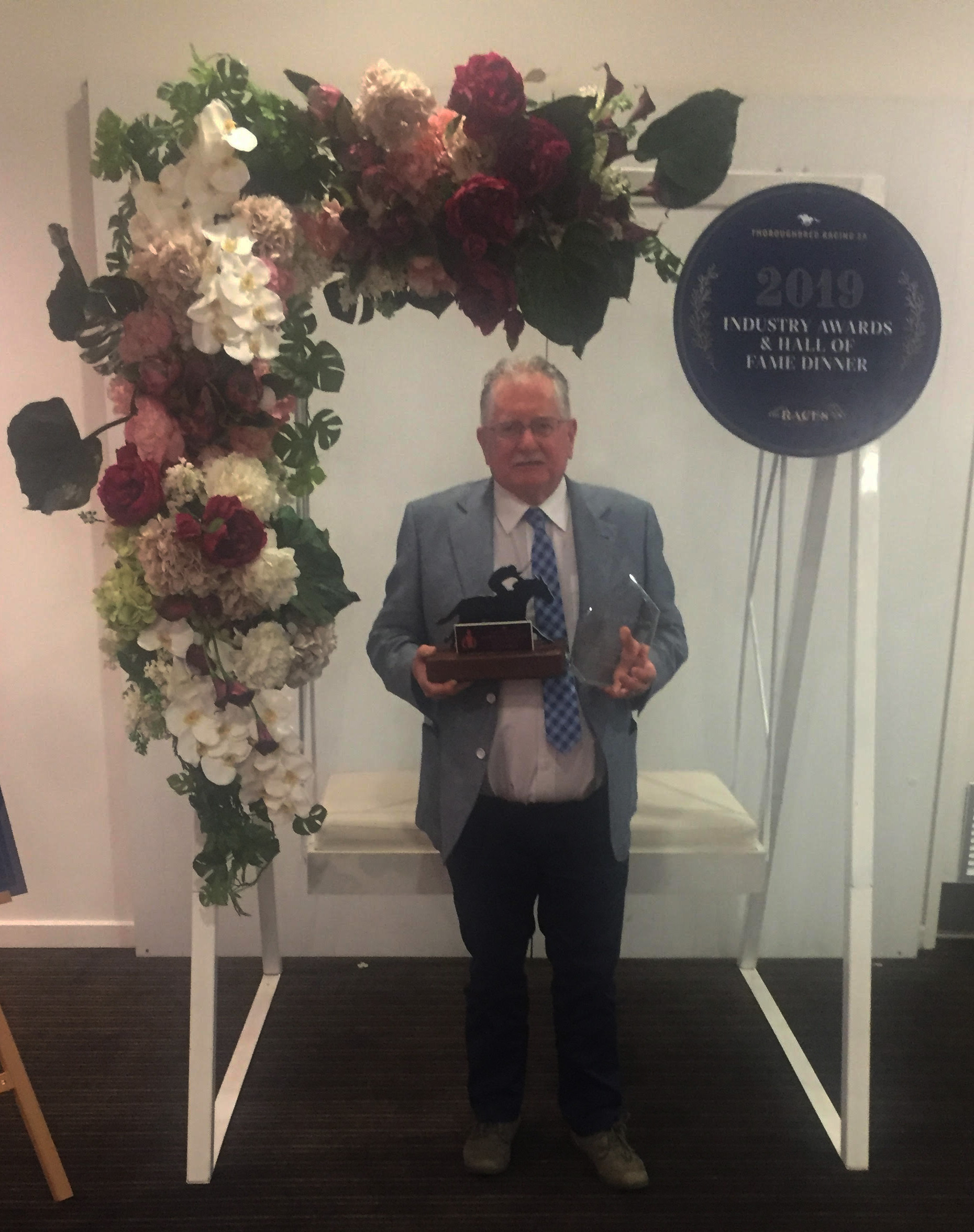 Group One winner Despatch has been named the Festival Hire South Australian 2018-2019 Champion Racehorse of the Year.

In a big night for McEvoy Mitchell Racing, the announcement was made at the 2019 TAB Industry Awards for South Australia at the Morphettville racecourse on Saturday, August 31.

Apart from the honour for Despatch, trainer Tony McEvoy was named SA Metropolitan Trainer Of The Year and also collected the special C S Hayes Award for South Australian Trainer Of The Year. It was during this presentation that McEvoy announced he would be forming a training partnership with his son Calvin.

For Despatch, it was well-deserved honour after becoming the first horse to win the feature treble of the Listed TAB Hills Railway Stakes at Oakbank, the Group 3 D C McKay Stakes and the Group 1 Goodwood Handicap, both at Morphettville.

The gelding was named in three finalists, one of which was his stablemate Manuel, also a Group 1 winner.

During the 2018-2019 season the gelding had just five starts for four wins.

Trainer Tony McEvoy said Despatch had proven himself a quality performer during the season and was a worthy winner.

“He won a Benchmark 82, then continued to step up culminating in an all-the-way win in the Goodwood Handicap,” McEvoy said.

“Each time we raised the bar, he cleared it.”

McEvoy said he had been happy with Despatch’s two runs this preparation, the most recent being a fifth in the Group One Memsie Stakes (1400m) at Caulfield on the awards day.

“He ran gallantly taking the field up to the leader and I believe he just ran out of condition over the final stages but held on well to be beaten just 2-3/4 lengths.”