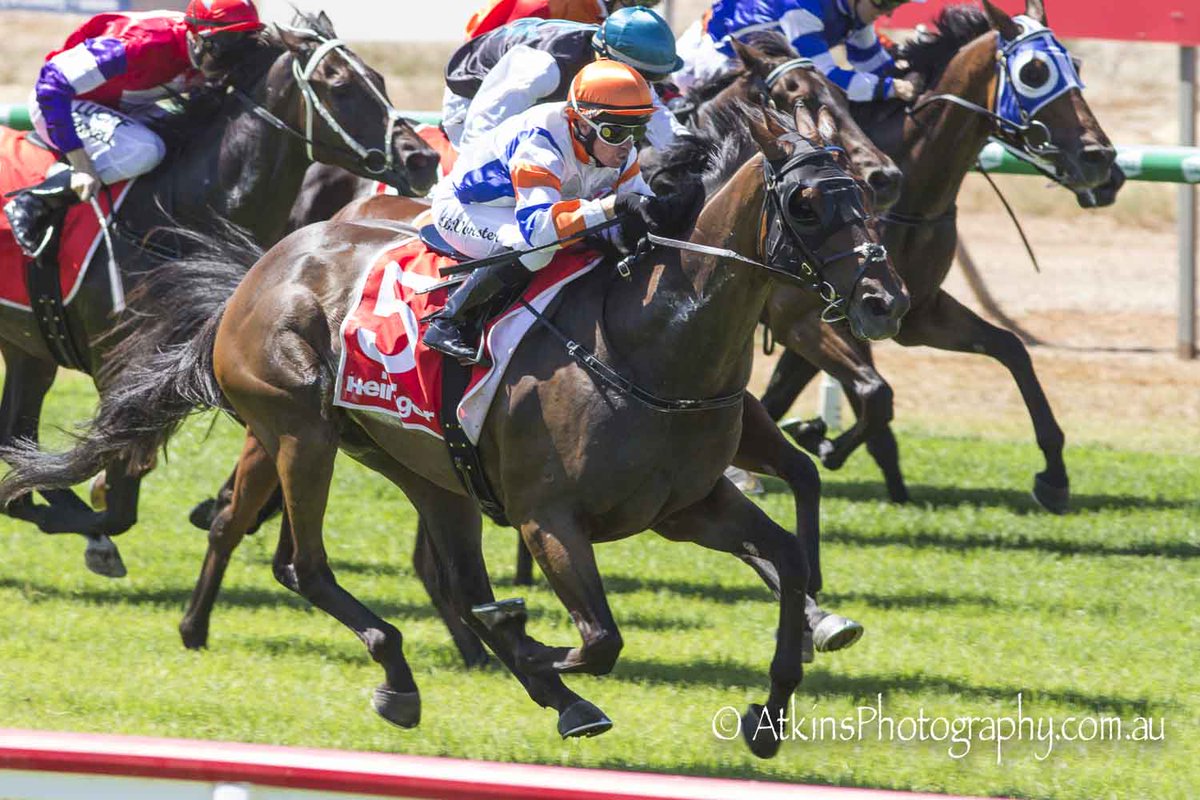 Resuming from a ninth-and-a-half month break, Classic Weiwei ($2.50 fav) overcame mid-race trouble to score a length win in the Heiniger Maiden (1400m) from Lope De Wolf ($3.70) with Karaoke Express ($12), three-quarters of a length away third.

It was South African jockey Barend Vorster’s first ride at Balaklava, and he came away a winner as he did at his first run at Morphettville on Adelaide Cup day.

The strongest part of Classic Weiwei’s race was the final 200 metres as he rounded up his rivals to run powerfully through the line.

It was only the gelding’s second race start and he looks a promising stayer.

Assistant trainer Calvin McEvoy was very impressed with the victory.

“It wasn’t the prettiest watch, but he got the job done,” McEvoy said.”

“He’s been on the scene for nine-and-a-half months so to come back and do this first up indicates he’s going to be a genuine stayer.

“We are excited about the future and his last 200 metres was really good and he wasn’t entitled to do that.

“He over-raced with the blinkers on and got into an awkward position but he was too good for them at the end.”

“Barend is working hard and horses seem to be enjoying his riding and he’s an asset.

“He’s settling in great, he’s an experienced jockey and he’s working hard, rocking up every morning happy as larry and riding some nice work.”

“It wasn’t the prettiest of wins, but he did the job,” Vorster said.

“He’s got a lot of improvement to do but with a bit of experience under his belt and stepping up in distance, but it was a lovely win.

“He didn’t begin that well and some other riders weren’t committing to positions, so I had to ride him where he was comfortable, then let him loose over the last 200,”

Classic Weiwei, by Shamus Award, is owned by Glenvallen Investments Pty Ltd, and was purchased by McEvoy Mitchell Racing for $230,000 at the 2017 Gold Coast Magic Millions Sale.