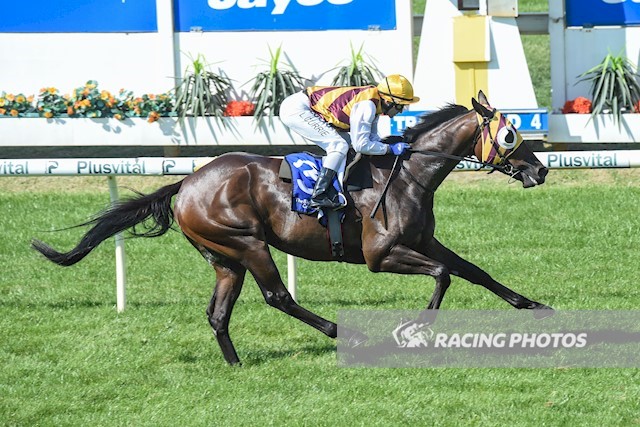 The victory brought up a Bendigo double for trainer Tony McEvoy and jockey Luke Currie who had won earlier with Lassiter.

McEvoy said Victorian stable foreman Michael Shepherdson had been very busy recently with trackwork and trials so he let him stay home for family time and decided he would go to Bendigo to saddle up.

Scramjet won on race debut at Gawler over 1206m on February 27 and the trainer picked the Bendigo race as a perfect second run.

“He (Scramjet) is by Lucas Cranach and Lindy Huddy bred this fellow,” McEvoy said.

“She raced Lucas and he ran third in a Melbourne Cup and Linda will tell you a story that he was very really unlucky with his preparation going into that race, so he did an incredible job.

“He’s doing a solid job at stud this horse from limited opportunities.

“I might take Scramjet to Adelaide for the Derby because I really like him, and he’s got a lot of upside.

“He was second up at a mile and he handled it easily and the Derby is only a mile-and-a-half, so I think we are in good shape.

“He has got an opportunity to run twice more if we need to.”

“It would be fairly quick to get to a Derby, but he definitely has the ability.

“He was up in trip with the shades (blinkers) on today but there wasn’t much tempo and he took it (the lead) up.

“He was a little bit keen but picked it up and he was never going to get beaten.

“He got a little bit tired late, but he did it easily and had a bit on them.”