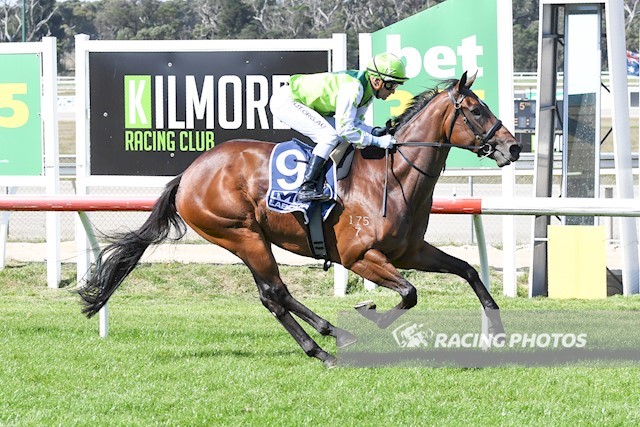 Punters were well primed the three-year-old filly was ready to run and took the short odds of $1.33 forcing her price into $1.16 favourite.

Ridden by Luke Currie, Transplant jumped only fairly but was able to accelerate through and eventually find the front.

Although a rival was content to race the filly to the home turn, the McEvoy’s filly was only kidding and said ‘see you later’ turning for home.

Calvin McEvoy said he was pleased to see the filly win easily.

“We have always had a good opinion of this girl,” McEvoy said.

“That is why we lined her up in a stakes race in Adelaide on debut in May last year and she ran well to finish fifth only beaten three lengths.

“But she pulled up shin sore and we had to give her a good long spell.

“I call her a bit saucy as she still is learning about racing and can play up.

“Today, she didn’t begin as quickly as I would have liked but Luke was able to move her through to lead. I had told him to ride her like she was the best horse in the race and that is what he did.

“We looked to find a nice race for her to return to racing and I believe today’s race was perfect.

“I think we will look for another race at the provincials before we consider taking her to town.

“Another confidence booster would be good for her.”