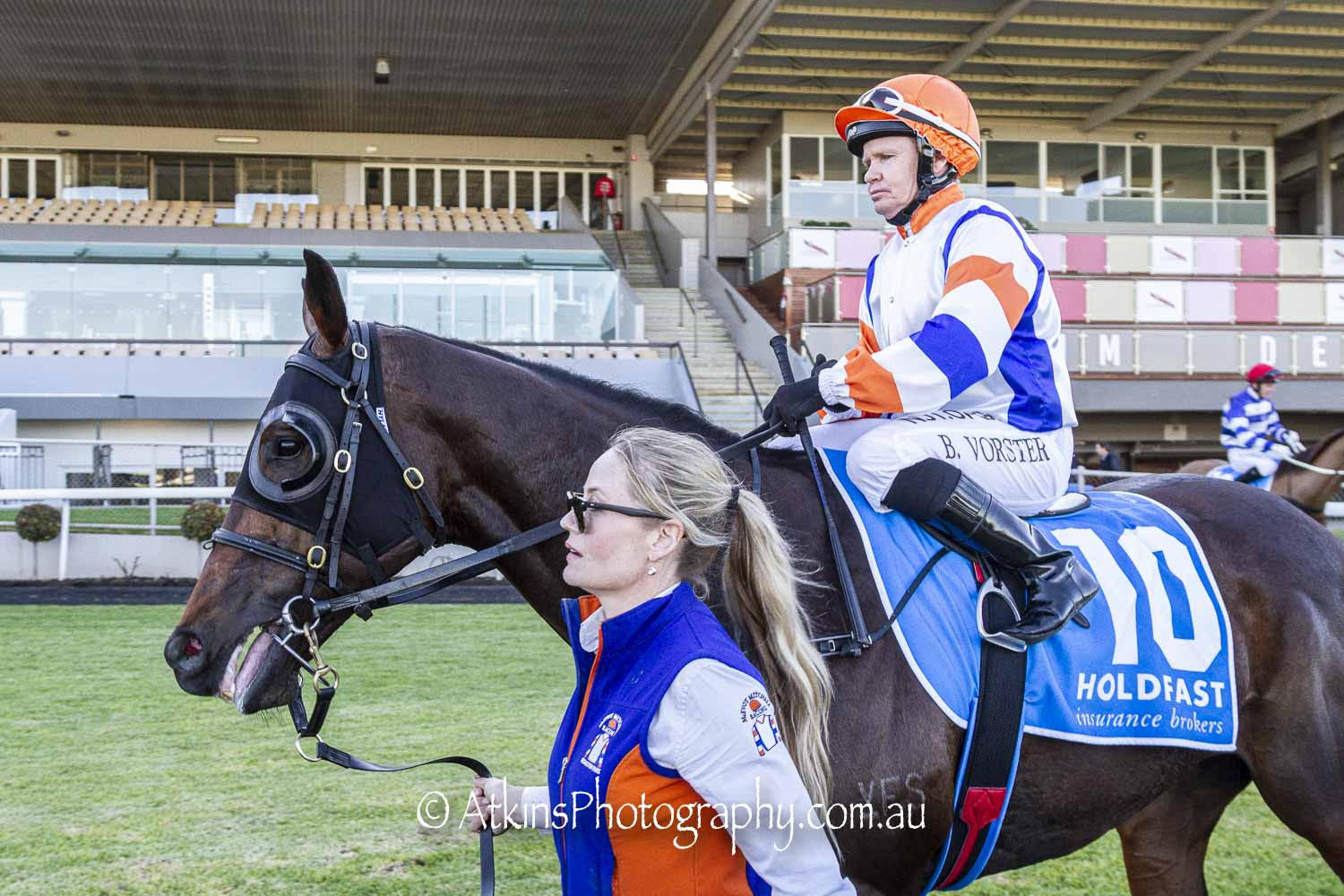 Trainers Tony & Calvin McEvoy celebrated their first training partnership metropolitan premiership with a win by The Difference at the final South Australian city meeting of the 2019-2020 season at Morphettville on Saturday, July 25.

The father-and-son started their training team at the beginning of September last year and The Difference was their final city runner for the season.

A lightly raced four-year-old by star sire I Am Invincible, the gelding didn’t begin brilliantly but accelerated to sit just behind the leaders in the run to the turn in the Holdfast Insurance Benchmark 64 Handicap (1200m).

Trainer Calvin McEvoy believes the winner has a good future.

“We have battled a lot of feet issues with this fellow and had to be very patient,” McEvoy said.

“He is a rising five-year-old having just his fifth start.

“Once again, thank you to the owners and it was a beautiful ride by Barend.

“Craig Jolly, our farrier, does a great job and The Difference was training with pads on for his first up run.

“Today, he was pretty confident to take them off and it proved the right move.”

McEvoy said with the season end he wanted to thank all the staff, both at Angaston and also in Melbourne.

“Mick Shepherdson has done a great job in Melbourne with Dad and me not able to get over there for a few months because of the Coronavirus.

“In Adelaide, Finn, Tim, Linda – they all do so such a great job and the results have shown it this season.”

“It was good to win,” Vorster said.

“He was just a bit above himself last time and did a few things wrong at the barrier.

“He was good today, but he can still improve at the barrier and with racing he will get better and settle down.

“I think he is going to keep improving.

“If I had wanted to, I could have sat on him into the straight, but you can’t sit too long and risk getting held up.

“So, I worked on getting around those front horses, waited, then asked him for an effort and he quickened nicely.

“I think he is most definitely going to get better.”