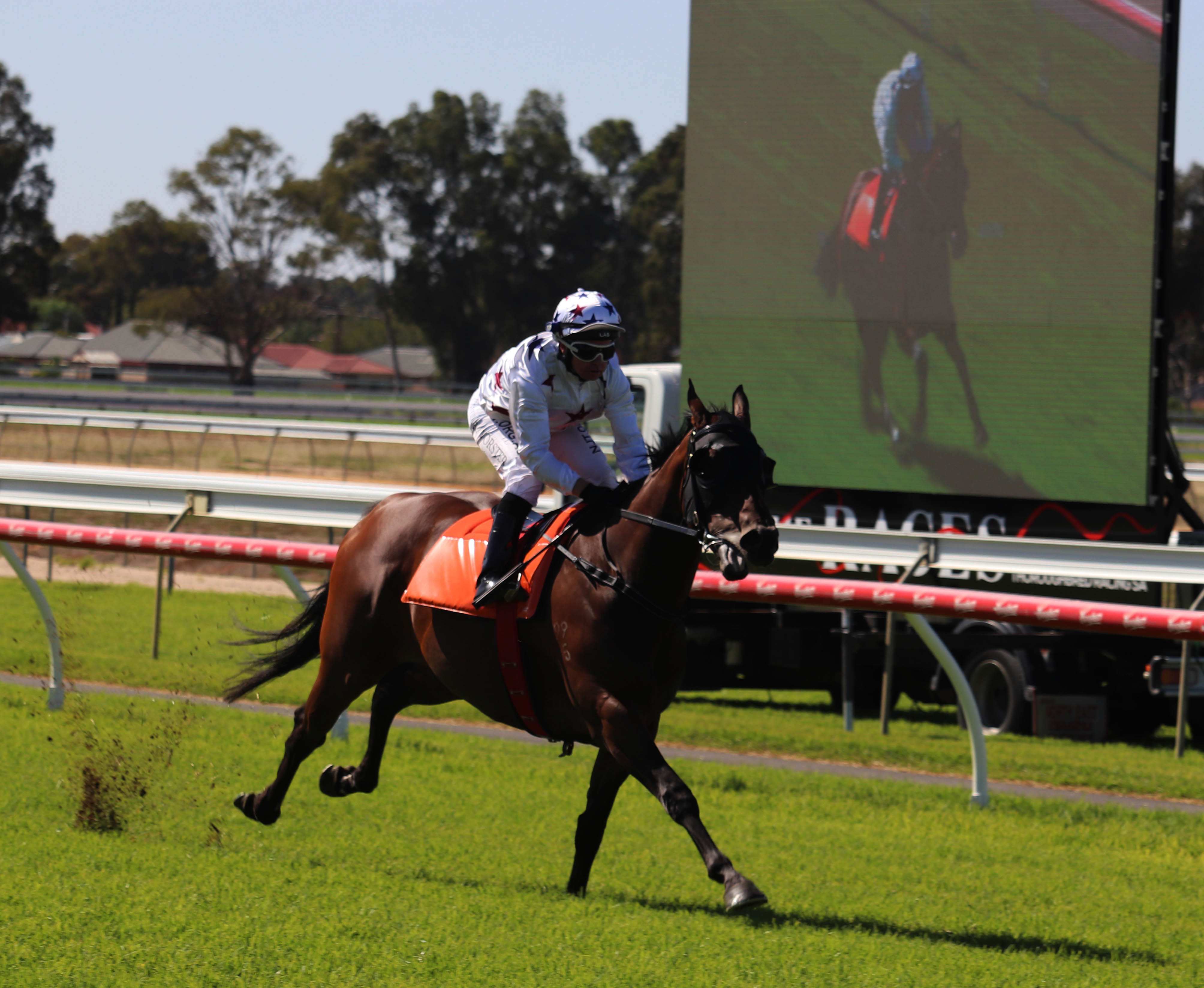 Champion mare Sunlight returns to racing at Morphettville on Saturday with trainers Tony & Calvin McEvoy and the mare’s legion of fans excited about seeing her on the racetrack again.

“She has come through her trial last week very well,” he said.

“She had a good solid trial at Morphettville and won the trial by about a length-and-a-half.

“But the time was the significant factor, she ran a very quick time.

“For example, Gytrash, who is equal favourite on Saturday, also won a trial, but she went a second quicker.

“She then went down to Gawler on Monday and had a nice exhibition gallop (pictured) between races.

“She has really perked up and puffing her chest out and is in good form.”

McEvoy said Sunlight was as sound as she has ever been, but she was a mare that takes racing.

He said they were conscious she was a mare that had basically never won first up.

“She always has taken a couple of runs and what she does is when she has that first run into her it sets her on an upward trajectory and she goes really well from there.

“We’ve targeted this first up run a little bit differently than were have ever done before.”

McEvoy said Sunlight had had an extra trial and a few extra gallops.

He said she was a big mare that took the work.

“Horses that have been racing might have that extra fitness edge on Saturday.”

McEvoy said the Irwin Stakes had brought together a very good field.

“How well has Gytrash been racing this preparation, his form is super.

“Kemalpasa trialled up very well and he’s a Group 2 winner down the straight, Parsifal is another good horse and then there is the Cummings pair.

“It is a very good field for a Group 3 race and great for SA racing.”

McEvoy said he expected Xilong to be hard to beat despite drawing barrier 14.

“We found when we took her to Sydney and how she held herself against that class that she really is a potential Group One quality filly.

“It has been a bit of a rocky road this preparation.

“She came back, and we wanted to trial her last Thursday week at Morphettville and she kicked out.

“No damage was done but she had a cut on her hind leg, and we opted not to trial her.

“She is going into the Redelva off a nice freshen up and after her gallop on Wednesday, her lungs were fantastic.”

“The instructions to Barend, the jockey, were not to start her as she can get on the chewy a bit, and he did it nicely.

“Midway through the race there was a bit of commotion, hustle and bustle, and she just lost her spot.

“With her fitness, and being first up, Barend did the right thing and not push her up to hold her spot.

“It probably told against her late when she got held up but stormed home.

“She has taken great improvement from that and she will probably sit a bit closer on Saturday.

“We are very excited about her.”