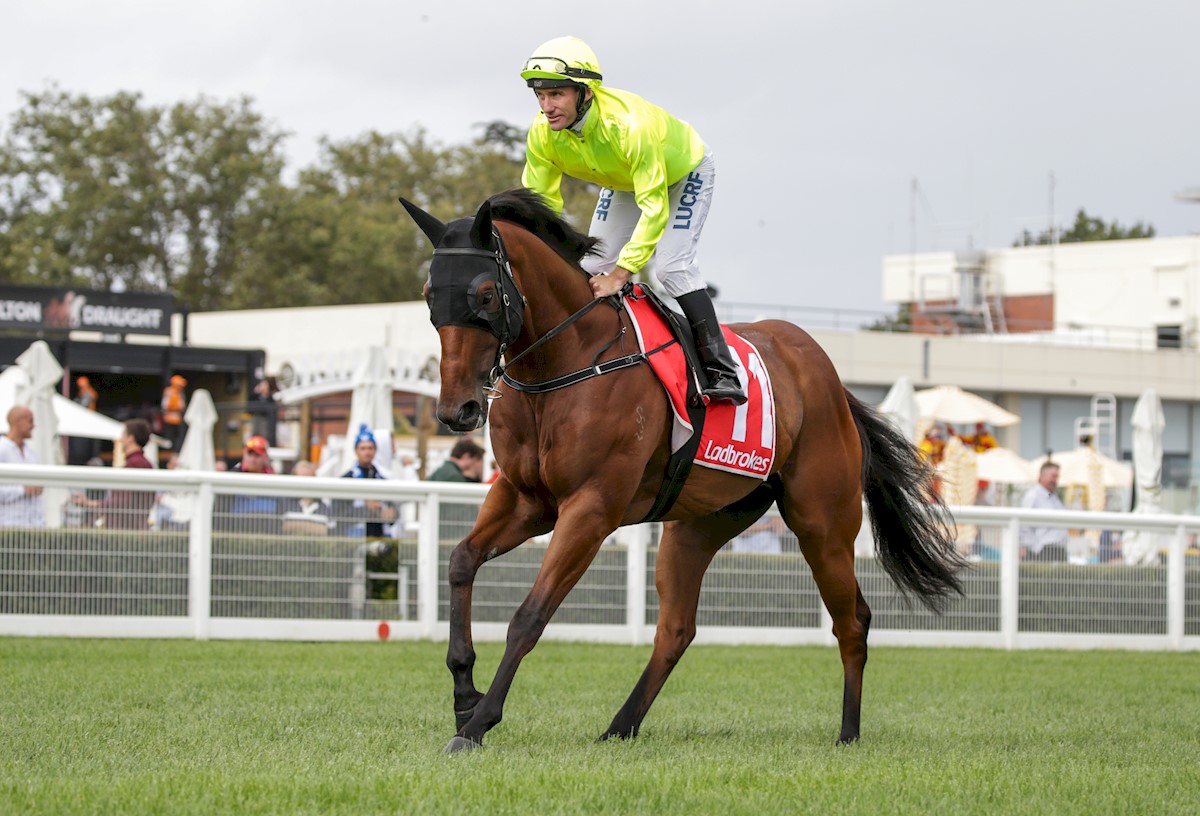 Like the character after who he was named, Group One winning thoroughbred Manuel managed to transcend his work environment to become a favourite of the people.

Melbourne businessman Gary Lechte loved the Fawlty Towers series and has named a number of racehorses from the show including the likes of Dontmentionthewar.

From the time he first graced a racetrack, Manuel, probably through his name, proved to be a fan favourite, but also became a stable pet for his connections and staff at McEvoy Mitchell Racing.

“In the early 90s I raced a filly called Clever Zoe which I obtained from a good friend, Rick Williams in New Zealand,” he said.

“She was very good and was a worthy rival for champion Schillaci as a two-year-old.

“When I was going through the 2015 Inglis Easter yearling catalogue I noticed a Commands colt whose dam traced back to Clever Zoe and alerted Tony (McEvoy) that he might be worth a look and so we bought him.

“I remember flying to Adelaide for his first trial in September that year. Tony said he was just out for experience and would trail out and run home.

“Manuel had other ideas and easily won the trial. He came back to the breezeway and was having his head collar attached and just stood there like a big puppy. It was then I knew he was special.”

Lechte said he had had many horses during an involvement of about 40 years.

“I love them all, but Manuel just had that something extra. He was a character, just like a family pet.”

Tragically, Manuel lost his life in an incident in the home straight of the Australia Day Stakes at Moonee Valley on Friday, January 24.

Gary and Jon Lechte were both on course, excited about seeing Manuel return to racing, and hoping for another very successful campaign. They left the course distraught.

Gary watched the Australia Day Stakes by himself in the grandstand and sprinted down the stairs like Usain Bolt when he saw Manuel’s plight.

“I was in the public area and called out to Tony if I could get onto the track to give the horse a pat,” he said.

“Tony assured me it was something I didn’t want to do.”

Jon Lechte, with his wife and one of their sons, Darcy, viewed the race from the birdcage area in the home straight.

“We watched in disbelief,” Jon said.

“It was an absolute tragedy.

“He was a loveable character, something special.

“We are still trying to get our heads around what happened.

“I’m a huge Elton John fan and the following night we went to his concert at Hanging Rock, but I just sat there and couldn’t get “Manny” out of my thoughts.”

Jon Lechte thought so much of Manuel he was in the process of arranging for famous Brisbane-based artist Claire Stening to come Melbourne to paint a portrait of the thoroughbred.

While Manuel gave him many on-track highlights, one of Jon’s favourite memories was a trip to Murbko last year to visit Manuel while he was in the spelling paddock.

“He had his winter coat and looked a bit woolly, but he was happy and loving life and appreciated our attention.”

For strapper Sarah Rutten it was a case of losing her best friend.

“I strapped Manuel from the time he first came into Tony’s stable,” Sarah said.

“He was one in a million.

“He did not have a bad bone in his body – he never changed his personality.”

“After he won his first trial so easily there was a bit of an expectation he would win straight away on the racetrack, but it took him a little while.

“When he won his Group One I was in Sydney for work and missed it, but I was just so happy for him.”

Sarah also missed Friday night – she was in Adelaide for work.

“That is the most horrible moment of my life.

“I always pictured him in retirement living the good life in a paddock, but it wasn’t to be.

“He gave everyone so much love. I know when I was sad I would go and sit with him in his stall and he would cuddle up and comfort me.”

Sarah said he was intelligent.

“When I would go to the stalls in the morning I would pick some grass and ask if he wanted it – he would nod yes.

“Later in his career, when I walked in he would start nodding before I even got to the grass.

Sarah said she had several videos on her phone that would be a constant reminder – one of him licking her face, another of him cantering happily through the water on a beach trip.

Gary Lechte had an amusing tale about Manuel which he believes might have led to a change with corporate bookies.

“When he won his maiden at Geelong, Tony was super confident he would win easily,” Gary said.

“He was a red hot $1.14 favourite, so we decided to back him to win by a margin and chose by more than 10 lengths.

“He did win easily, and the caller said he had won by 12 lengths and we thought we would collect but the judge gave the official margin as 10 lengths so we missed out.

“But it did cause a bit of confusion at the time and now the bookies list their margins like 10.1, so maybe Manuel caused that change.”

Manuel etched his mark on the racetrack as a Group One winner of the Orr Stakes and a Kilmore Cup winner with a total of eight wins and eight placings from just 29 starts.

Fittingly, his last win was the Group One C F Orr Stakes at Caulfield in February, 2019.

But Manuel was not about his stakes, it was about his character. He was a “family pet” of his owners and the entire McEvoy Mitchell Racing family.

The Lechtes said they had been overwhelmed by the messages of support from friends, the racing community and even people they didn’t know.

Life often isn’t fair, and he did not deserve his horrific end, but Manuel will be forever remembered by the racing world.