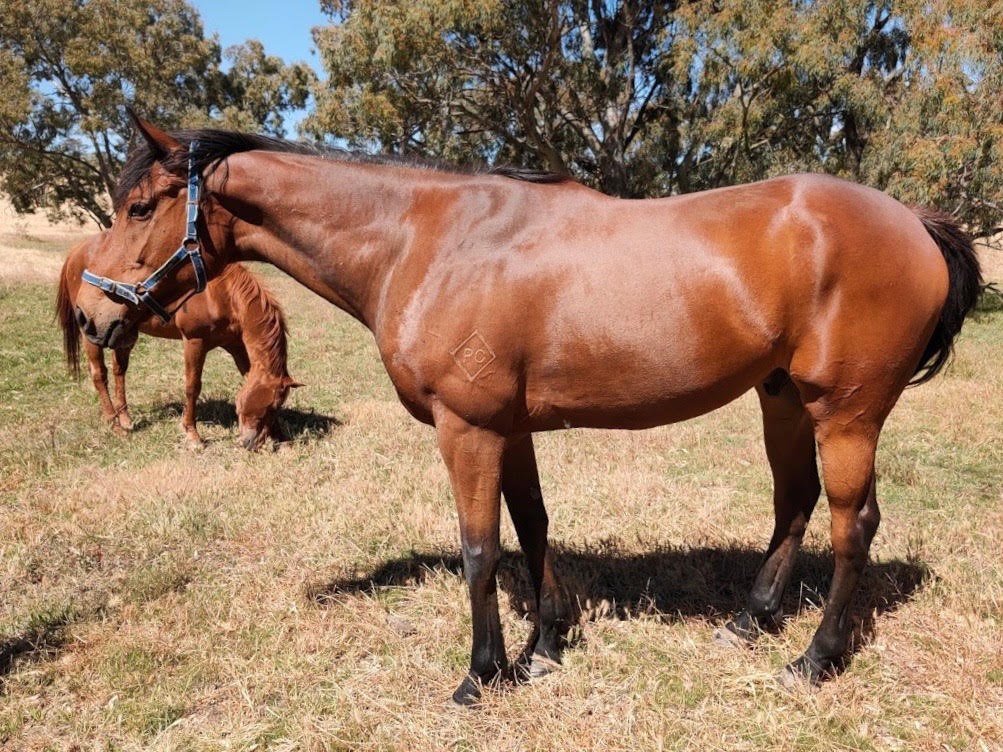 Take notice of the message

The racehorse with an important message might not be featuring on racetracks these days but wants everyone to know he is happy in retirement.

Time To Test, now a nine-year-old, spends his days enjoying life on a 774-acre property near Melrose in the mid-north of South Australia.

Michael James, who has been involved with horses and cattle all his life, was happy to take Time To Test when injury curtailed his career in September, 2017.

Purchased for just $25,000 as a yearling by McEvoy Mitchell, the son of Testa Rossa, was purchased by a group of owners including Ted Whitten jnr, who is a member of the Whitten Foundation which publicizes the important of men to be checked out for prostate cancer, hence the gelding’s name.

While the message is still strong for everyone to have regular health checks, Time To Test’s life in retirement is testament to the care the McEvoy Mitchell team has for thoroughbreds’ post racing.

James, who had a share in the gelding, and who is also a part-owner of dual Group One winner Hey Doc, said Time To Test was still his favourite.

“His record is amazing considering the issues he had,” James said.

“He had two suspensory injuries and leg issues finally brought an end to his career.

“Because of those problems, he had only 20 starts for seven wins and six seconds – that was pretty impressive.

“And he won from 1200 metres to 2500 metres. I love stayers and couldn’t believe he won at that trip considering Tony had to be so careful with his training.

“When Tony said his racing career was over I put my hand up to look after him.

“He gets to roam around every day and has another ex-racehorse and barrel horse for company. They enjoy the freedom of frolicking around.”

James said he had been born into a pastoral family spending much of his life in the outback between Alice Springs and Mt Isa.

In 2003, he decided to retire and purchase the property at Melrose where he still runs a few cattle and grows some hay.