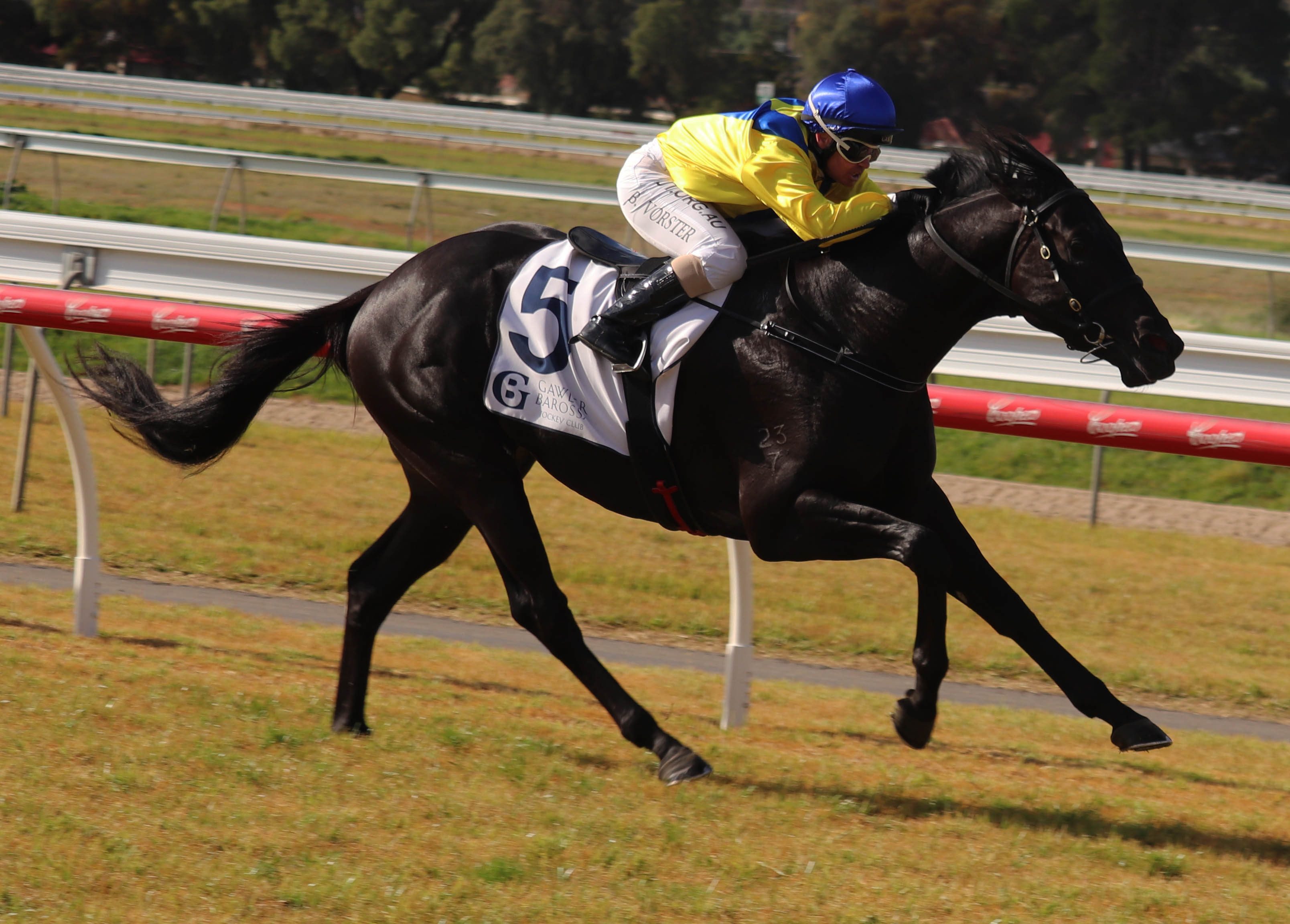 Stunning colt Kahaylaan raced up to his looks with an easy victory in the Terrace Function Centre Two-Year-Old (1100m) at Gawler on Wednesday, June 17.

The Tony & Calvin McEvoy trained colt, bred at Tyreel Stud, and owned by Sheikh Mohammed Bin Khalifa Al Maktoum, was a standout looker in the pre-parade and raced right up to his looks.

Kahaylaan began only fairly but Vorster had no hesitation allowing him to stride up outside the lead before asking him to sprint for home on straightening.

Trainer Tony McEvoy admits he is excited about the colt’s potential.

“He’s always shown up he is a quality horse but he we haven’t pushed him,” McEvoy said.

“It was a very good win today, but he still has plenty to learn.

“His moderate start meant Barend had to pretty much ride him along for all of the race and he never got an easy sectional.

McEvoy said he would think about applying blinkers for a Morphettville trial later this month.

“If he comes through that okay I might run him in the Oaklands Plate.”

The Listed Oaklands Plate (1400m) will be run at Morphettville Parks on July 14.

McEvoy has won the past two runnings of the race with Unfair Dismissal and Westport, and three overall having scored with Crevette in 2005.

“He’s a beautiful article, and I’m excited about his future.”

Vorster was impressed by Kahaylaan.

“I’m sure Tony & Calvin will get his mind right because at the moment he is still doing things a bit wrong.

“I wanted to be positive on him today so when he jumped only fairly, I had to let him stride along to get outside the lead.

“In the home straight I had to keep his mind on the job, but he won well.”