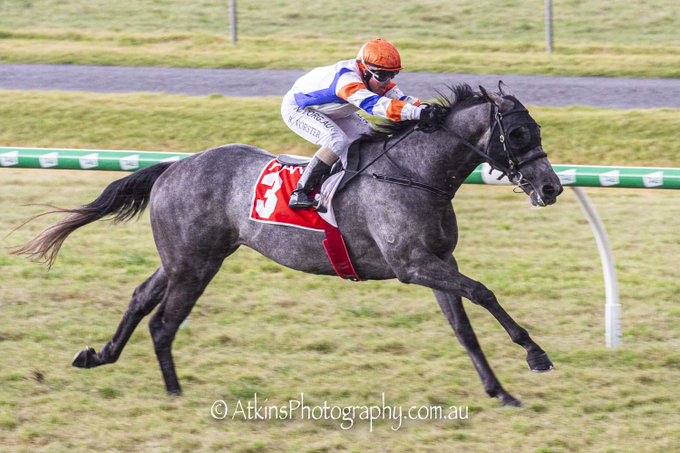 Sensationally backed Sign Of Ussuri gave his supporters no cause for concern with an easy win at Morphettville on Saturday, June 20.

After winning easily at Murray Bridge at his previous run, the three-year-old made it consecutive victories for trainers Tony & Calvin McEvoy.

The gelding began nicely but Vorster allowed Sign Of Ussuri to get into a rhythm towards the tail of the field.

He allowed his mount to stride forward approaching the home turn before asking for the supreme effort in the home straight.

Sign Of Ussuri quickly gathered in the leaders and raced away for another impressive win.

“He was absolutely impressive, but we have always had a lot of time for him,” McEvoy said.

“Early in his career he was still learning.

“A lot of the time the stock of the sire Fastnet Rock take a bit more time.

“He put it together last time at Murray Bridge with a personal best and he has backed it up today beautifully.

“He was gelded quite some time ago, but it has taken a while to mature mentally.

“The other day at Murray Bridge he was ridden a bit more positively and he did fire up and over race.

“Today we wanted to be a little bit more conservative and be neutral out of the gates which Barend did beautifully and it couldn’t have worked out better.”

McEvoy said he and co-trainer Tony would look at the program to plot a future for Sign Of Ussuri.

“He was here today on a 12-day back up after being a month between runs into his last start.

“We’ll look at the program, but I think he will get better the further he goes.

“It is really good for the owners who have been very patient and are now being rewarded.”