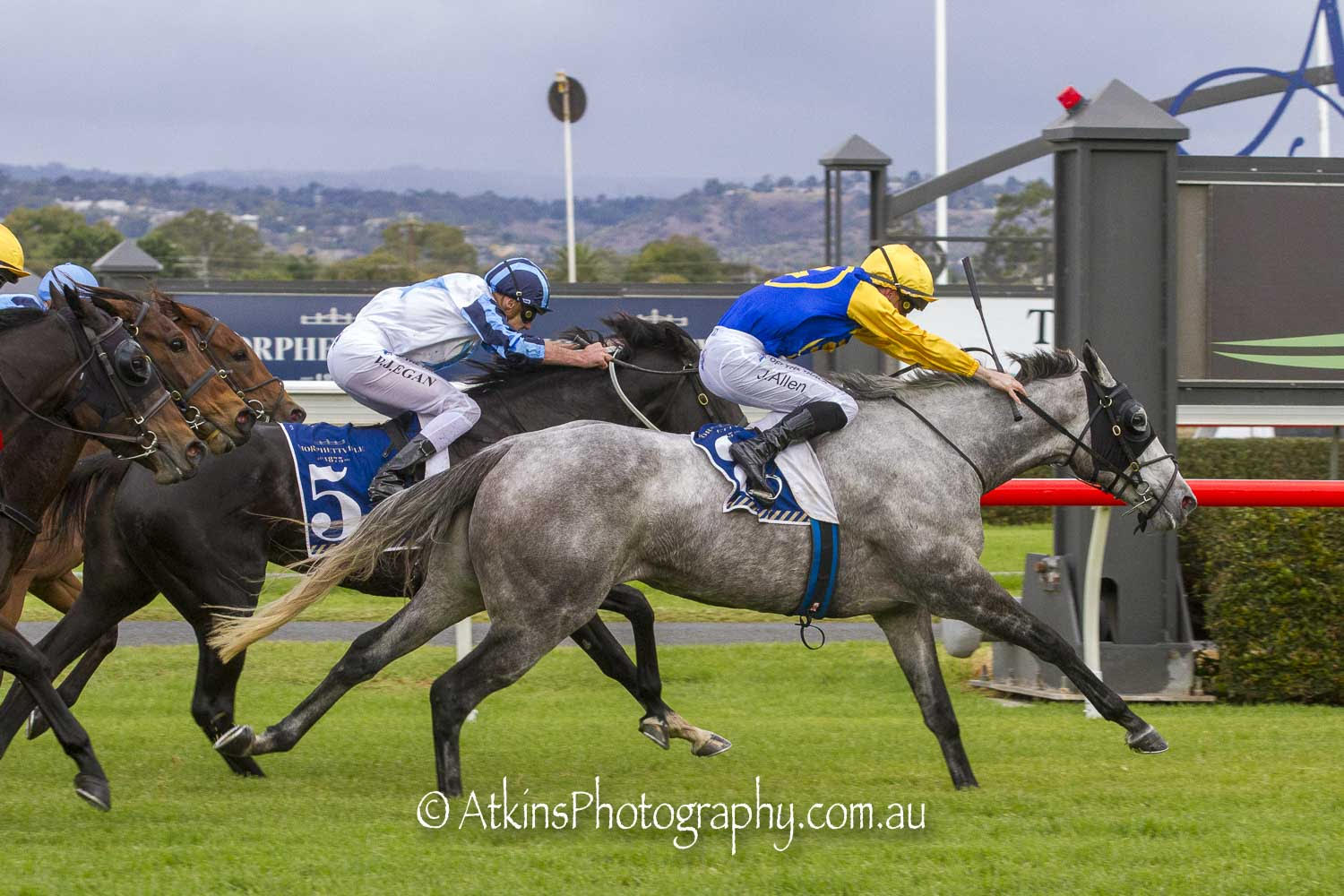 Popular grey mare Silent Sovereign landed a strong victory in the Group 2 Queen of The South Stakes (1600m) at Morphettville on Saturday, May 7.

For trainers Tony & Calvin McEvoy it was their second Queen of The South win in the past two years having scored in 2020 with Shrouded In Mist.

Today, it was Silent Sovereign, ridden by John Allen, which proved the best of the female sex in the feature race.

The win was a tonic for Tony McEvoy who came down with Covid on Friday.

“I’m not too bad but winning the Wangoom during the week with Frankie Pinot, then the Queen of the South with Silent Sovereign, has been good medicine.”

A $12 chance, the grey mare finished powerfully to score by a long neck from Foxy Frida ($4 fav) with Comica ($4.40), three-quarters of a length away third.

The win gives the five-year-old mare an excellent record of five wins and eight placings from just 23 starts for stakes of $515,700 and adds to her previous Group 3 win in the Auraria Stakes, also at Morphettville.

Sarah Rutten, stable foreperson for the McEvoys, was overjoyed by the win.

“The instructions to John were that with blinkers on she could be a bit keen,” Rutten said.

“Just let her jump out and ride her where she was comfortable, and he did just that.

“He let her roll around the field, and she was strong late.

“She loves this track, and the Oakbank track didn’t suit her at her last run.

“This track is much more suited to her, she likes the big rolling tracks where she can just get moving from further back.

“She doesn’t really have a big sprint, so this suited her today.

“It is great to see this lovely mare get another win.”

Silent Sovereign is now likely to run in the Listed Dominant Centaurea Stakes (2000m) at Morphettville on Saturday, May 21.

“It was a nice pick-up ride,” Allen said.

“She got up on the bit a little down the side when they really backed off the tempo.

“But we had a nice cart into it, wide with cover.

“Probably hit a flat spot around the corner then really ground it out good late.

“She probably had a little look around late when she hit the front but did enough to hold on.”