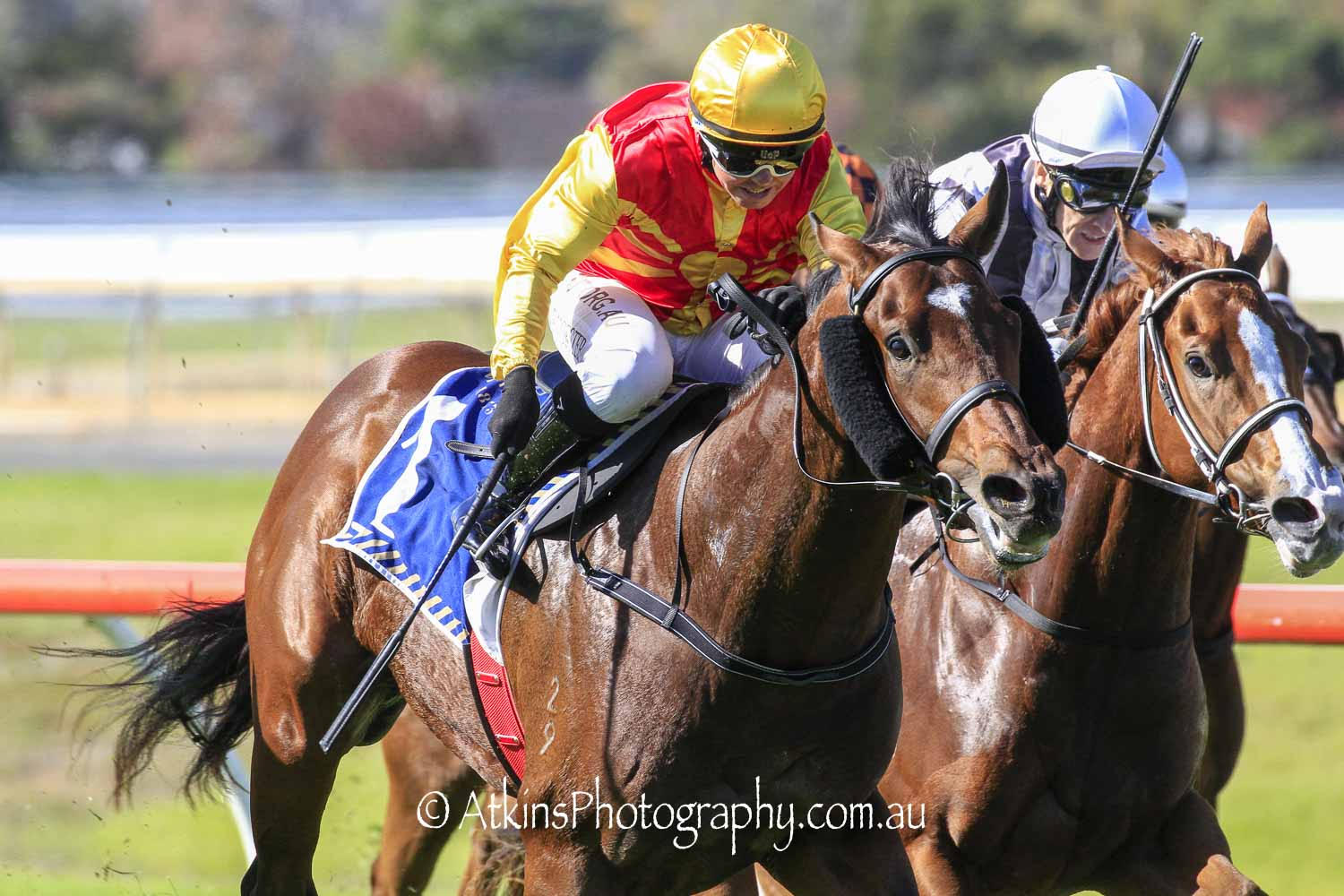 The victory gave McEvoy his fifth win in the past 10 years, his last two in partnership with his son Calvin.

It also continued the excellent run for the trainers during the Adelaide carnival winning the Group 2 Queen of The South Stakes last week with Silent Sovereign.

A well backed $2.80 favourite, Twin Stars, ridden by Barend Vorster, scored by a long neck from Hope At Hand ($11) with Miss Dunsford ($14), a similar margin away third.

The two-year-old colt jumped fairly but Vorster was able to settle him one-out, one-back in the field of 11.

He eased the colt out to make his run in the home straight and Twin Stars quickly moved up to the lead and did enough to win strongly.

Trainer Tony McEvoy, himself just out of covid isolation, indicated the colt had important goals ahead of him this preparation.

“He is a pretty good colt,” McEvoy said.

“He was very good first up in the Magic Millions, then was great the other day behind a very smart two-year-old, and then today at 1400 (metres), which we thought he would love, was fabulous.

“We were keen to have him closer today on the Parks track and Barend rode the horse beautifully.

“He’s a big striding horse and this inner Parks track is not his track, but he was still able to get away with it.

“He will now go to Ballarat on Monday, then Brisbane on Wednesday.

“Twin Stars can run in the Queensland Sires Produce over 1400 metres, it is worth $1million, then the J J Atkins over 1600 metres.”

“It helped getting a nice draw today,” Vorster said.

“He landed a good spot today and it helped me that I was able to bid my time turning for home.

“I was able to get outside runners when I needed to.

“He felt like he got there a bit early because over the last 100 metres he was waiting for company.

“He is a quality horse with an exciting future.”

Vorster said early in the home straight he thought he would win easily.

“He felt like he was going to pick up and go two lengths away from them.

“But as he got a length on them, he floated a bit, so I was happy I got him there when I did.

“They didn’t have time to get him late when he was wandering.

“Once he felt them at his girth, he maintained his run through the line.

“He is an exciting colt.”