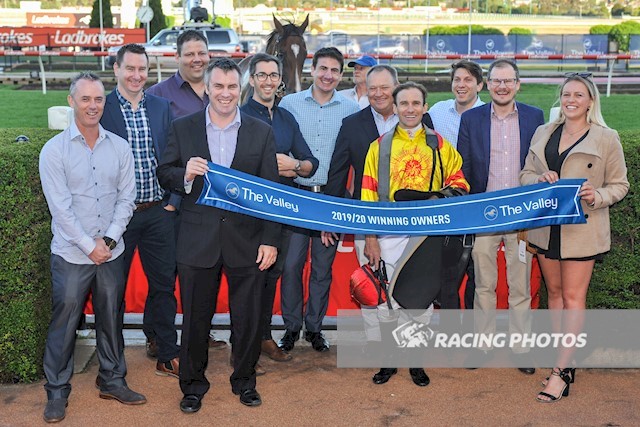 Promising three-year-old filly Grand Scholar is closing in on a chance at rich prizemoney following her authoritative victory at Moonee Valley on Friday, December 6.

They admitted the idea to run at Moonee Valley was to increase her prizemoney tally in an attempt to be guaranteed a start at the Gold Coast.

Jockey Luke Currie urged the filly to find the front and the race developed into a procession as she dashed away.

Trainer Tony McEvoy is excited about the future.

“She was fabulous,” McEvoy said.

“We felt she had trained on really well at home and continued on the upward trend.

“She was dominant tonight, it was really exciting.”

McEvoy said he would like to get Grand Scholar up to Brisbane within the next week.

“I would like to run her up there again as she might need a little more money in the bank.

“I would like to get some black type on her up there in Queensland but we’re waiting to get a plane.”

“With all the fires, and all the smoke and everything it wouldn’t be suitable.

“I’d love to get her up there, but it is not the end of the world.

“I can run her down here again as we have time

“January 11 is the race and she is in really good form.”

Winning jockey Luke Currie said it had been a comfortable win by a talented filly.

“She has got a high cruising speed,” Currie said.

“She is not brilliant out of the machine but gets going pretty quick.

“She floats along and put the runners behind her under pressure.

“The filly had her ears pricked and done it quite nice today.

“She should come through it well and is starting to string together a good record.

“She has come back a better horse this time in and deserves a chance at some of those bigger and better races.”