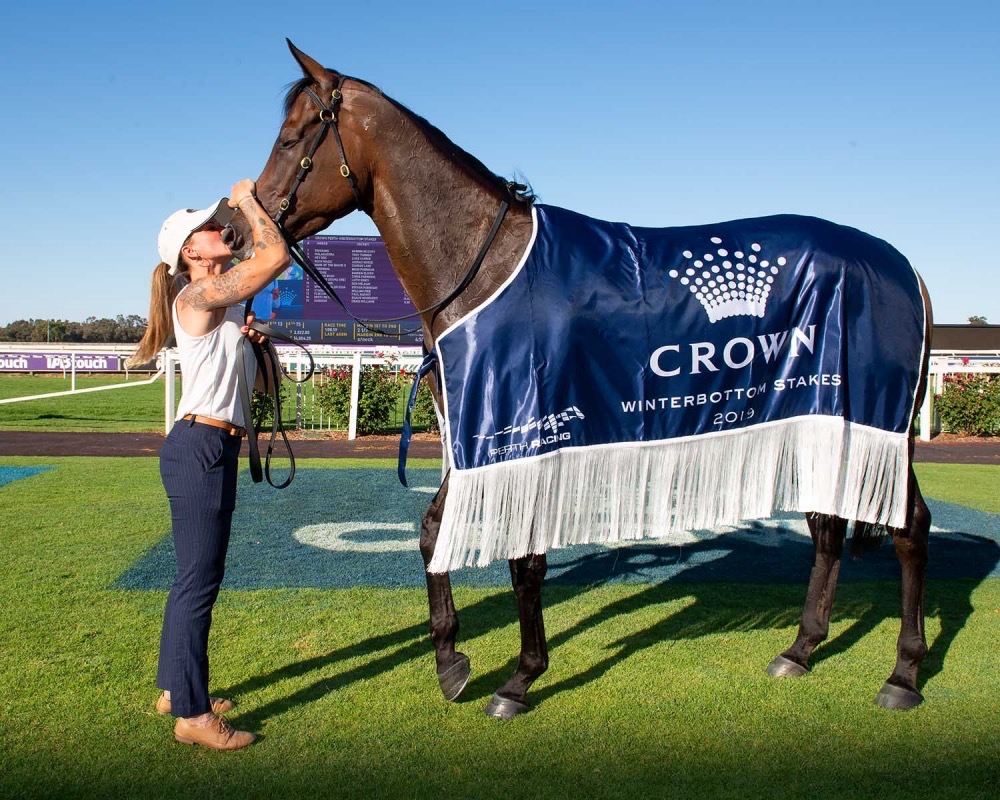 Stable favourite Hey Doc landed his third Group One but gave father and son, Tony & Calvin McEvoy their first, with a dominant victory in the $1million Winterbottom Stakes (1200m) at Ascot in Perth on Saturday, November 30.

Hey Doc had notched Group One wins in the Australian Guineas and Manikato Stakes, but for the McEvoys, who only started their training partnership in September, this was their first victory at the elite level. Incredibly, it was the Guineas win that gave Tony McEvoy his first Group One success under the McEvoy Mitchell banner.

The six-year-old gelding had been off the scene for over a year after undergoing bone chip surgery until he returned at Sandown in Melbourne on November16 with a gutsy third in the Heffernan Stakes (1300m).

It was after that run that the trainers decided to head to Perth.

“He was very close at Sandown, he wasn’t quite there, and his class got him to within a neck,” Tony McEvoy said.

“To see the improvement in him physically from there to here was amazing. I wish I was a punter.

“It’s very satisfying. He’s a horse who’s been very good for my brand and for him to come back from a serious injury, it’s great for the horse and the ownership group.”

Currie was on very good terms with himself after the start when he crossed from the second widest barrier and nothing went near him.

“When I got over, I never felt I was going to get beaten,” Currie said.

“He did it nice and easy in front.

“He is a special horse to me. He cemented my relationship with Tony McEvoy which has been the difference in my career and congratulations to Calvin on his first Group One.”

McEvoy said that Hey Doc’s price in the Winterbottom was ridiculous – he was as much as $26 earlier in the week – and he was proved right.

He also said it would be the first of many Group 1s for Calvin, who was 3500km away in Melbourne, doing his job saddling up the Moonee Valley winner Secret Blaze.

“Calv was working in Melbourne today but it’s so nice to have him on board with me … this will be the first of many today, I can assure you,” McEvoy said.

“Hey Doc was going even time outside them there.

“I thought to myself, this is ridiculous.

“He got there in a hand canter.

“Well, he got there so easy. It was incredible.

“Then I knew he would be very hard to pass.

An $85,000 purchase by McEvoy Mitchell at the 2015 Inglis Melbourne Premier Yearling Sale, Hey Doc has built the brilliant record of nine wins and four placings from just 23 starts collecting $2,308,800 in stakes.