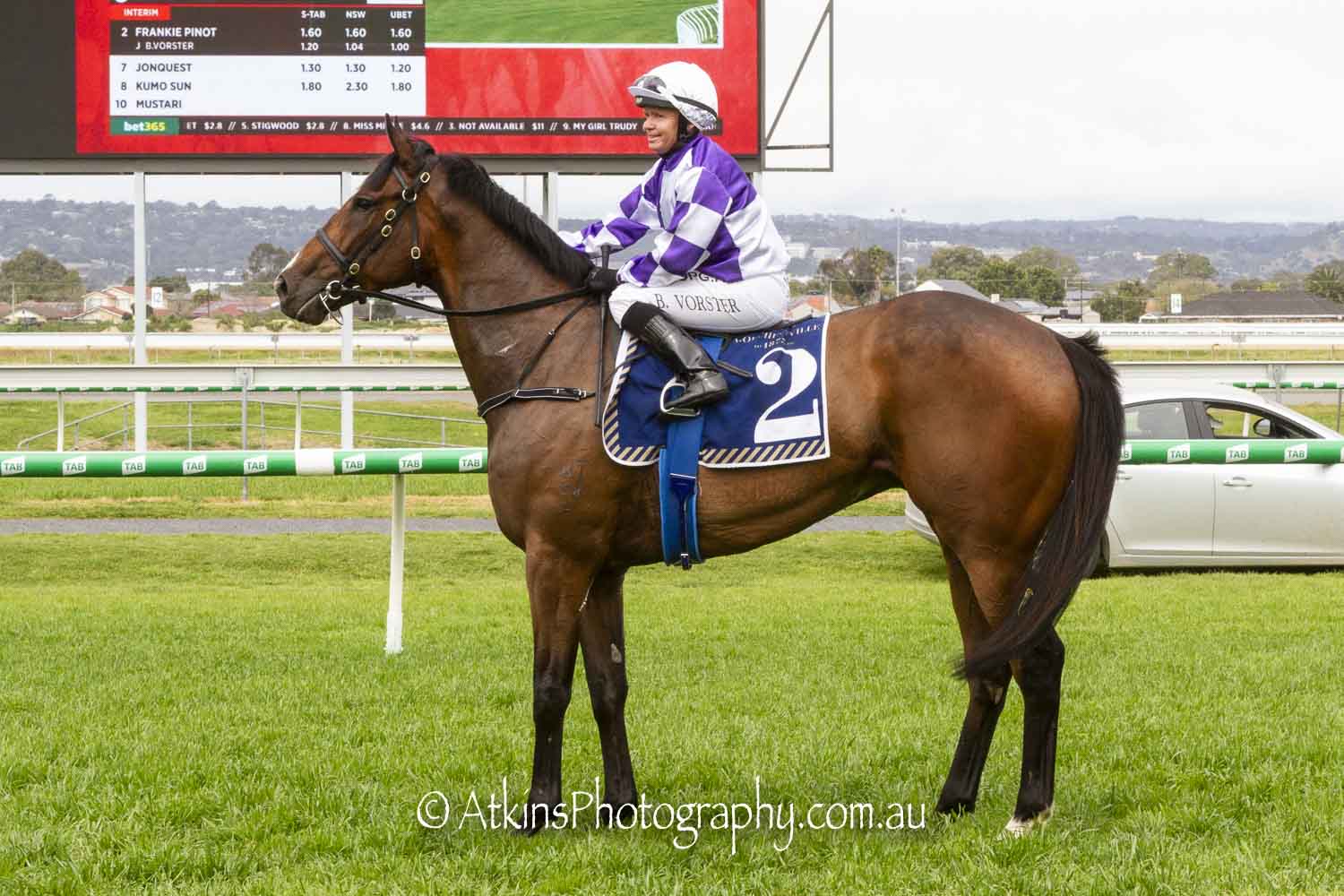 A decision by trainers Tony & Calvin McEvoy to bring Frankie Pinot to Adelaide paid the ultimate return at Morphettville on Saturday, September 12.

The four-year-old scored by three-quarters of a length from Jonquest ($4) with Kumo Sun ($10) a length away third.

The win gave the trainers a two-state double in the space of 10 minutes as Pretty Brazen landed the Group 2 Let’s Elope Stakes (1400m) at Flemington.

Vorster allowed Frankie Pinot to settle in third spot on the fence in the run to the home turn.

He came off the inside angling for a run between the leaders which appeared shortly before the 200 metre mark and gelding sprinted through to claim victory.

The four-year-old had been trained out of the Kildalton Park Flemington stables and resumed with a good second at Sale on August 30 but it was felt a switch to Angaston could provide a winning return, and so it proved.

Stable spokesman Finn McCarthy said it had been a good win.

“He’s taken a bit of time as he is a four-year-old and was only having his fourth start today.

“He was a lot fitter going into this and finished it off really well.

“Back in March he had joint surgery and he’s just taken a little bit of time to come back from that.

“He didn’t step brilliantly from the gates, but he still got a great ride from Barend.

“Coming into the straight he just needed a little bit of room and once he saw a bit of light, he was very strong.

“He’ll just go through the grades now after that win.”

Winning jockey Barend Vorster said it had been a great win.

“I sat on him for the first time on Monday morning and did a bit of evens, 14s on him” Vorster said.

“He’s a nice individual and gives me a good feel.

“Congratulations to the connections, they’ve been very patient with him.

“Tony & Calvin have known what they had to do with him, and the time they had to give him.

“He’s a big horse and doesn’t sprint off the ground sharply but he began fine for me.

“It was nice for me to make that speed work for me, get across and race at the tempo I wanted.

“He really extended well over the last 200, and at the 50 he wanted to look around a bit.

“I think he is a nice horse and looks ready for a good prep.”